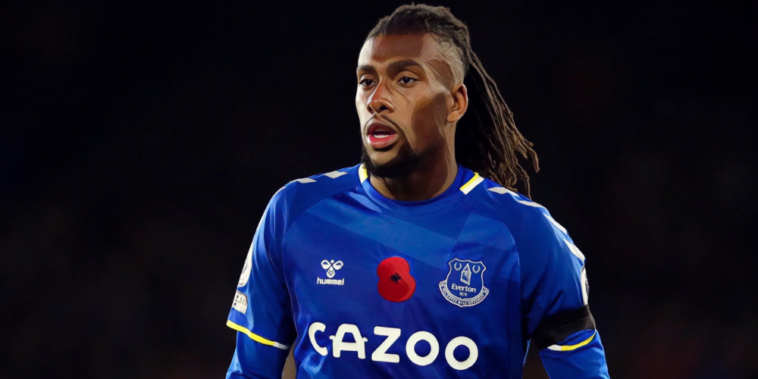 Marcel Brands has left his position as Everton’s director of football, as the Merseyside club restructure their hierarchy and recruitment team following a disappointing period at Goodison Park.

Brands became the face of a dreadful run of recruitment for the Toffees, whose signings lacked continuity, strategy and long-term planning. Everton have, somewhat remarkably, spent more than £300m on 26 signings during Brands’ three-and-a-half year spell with the club, with most proving rather less successful than first hoped.

From marquee misfits to budget buys who have failed to make their mark, we look at five of the worst signings of Brands’ time as director of football.

Jean-Philippe Gbamin’s lack of impact is more a result of cruel luck than poor planning from Everton, but it is difficult to overlook the £25m signing from Mainz when assessing the Toffees’ worst signings of recent windows.

Gbamin has made just two league starts in two-and-a-half seasons on Merseyside, the Ivory Coast international having been plagued with fitness issues including thigh, Achilles and knee injuries.

Having handed the midfielder a lucrative long-term contract upon his arrival, it has been an investment that has failed to pay dividends for Everton, a market mistake amongst many for a side whose net spend trails just four Premier League sides over the past five seasons.

Gbamin, at 26, has time to salvage a career at Everton, but time is perhaps running out for the midfielder to prove his worth, whilst his ongoing issues with injuries have deteriorated his potential sell-on value.

Moise Kean’s signing was viewed as a coup after Everton completed the signing of the Juventus forward, with the teenager having become the youngest ever goalscorer for the Italian national side during an impressive emergence in Turin.

Kean proved a major disappointment, however, making just six league starts during a forgettable debut campaign in which he scored just twice and was dropped from the squad for disciplinary reasons.

Unable to dislodge Dominic Calvert-Lewin as the club’s leading centre-forward, he signed for Paris Saint-Germain on loan and enjoyed an impressive 2020/21 campaign with the Ligue 1 side, scoring 17 goals across all competitions.

He returned to Everton before leaving on a permanent basis in 2021, re-signing for Juventus on an initial loan deal with an obligation to buy.

Perhaps the most symbolic signing of Everton’s wastefulness in the transfer market, the Toffees splashed out to sign Alex Iwobi from Arsenal in a deal that could rise to £34m.

Iwobi had struggled to command a regular role in the Gunners’ side, but moved to Merseyside in a big-money deal as Marco Silva desperately sought reinforcements in the closing stages of the window.

The Nigerian international has proven a frustrating presence across his time at Goodison, his game often full of energy and endeavour but lacking end product around the final third.

Iwobi remains a part of the first-team set-up, but the decision to splash such an inflated fee on his services has been directly questioned. Whilst there may be past examples of cast-offs from Premier League rivals enjoying great success elsewhere, did Everton really think the signing of Iwobi would take them beyond the sides they are attempting to catch?

Considering his position and price-tag, a grand total of three goals and three assists from 67 league totals is a paltry return for Everton’s investment.

Arsenal – who themselves have had a fair share of market mishaps in recent windows – pulled something of a masterstroke with this one.

Fabian Delph seemed an astute signing upon his arrival from Manchester City, a two-time Premier League winner with the versatility to operate in several positions.

The £8m fee made this a deal that suited all parties, but in truth it has been a nightmare for Delph on Merseyside with the midfielder starting just 17 games across two-and-a-half seasons.

Injuries have hindered his chances of making an impact, though he has failed to break into the side on a consistent basis when fit and looks set to leave at the end of the season on a free transfer.

It would be a huge surprise should Everton extend the contract of the 32-year-old, who has been as forgettable a signing as any in recent memory for the Toffees.

James Rodriguez brought glitz and glamour to Goodison Park, but the marquee man’s flame was one that flickered briefly.

Persuaded to sign for Everton given the presence of Carlo Ancelotti, Rodriguez began in fine fashion before his performances dipped dramatically over the second half of his first season.

The signing that was supposed to herald a new dawn, he instead became a representation of all that has been wrong with Everton in recent seasons, spending vast sums on fees and wages without a real direction or plan.

Ancelotti’s exit accelerated the departure of Rodriguez but in truth he wanted to leave earlier, his lucrative contract not enough to convince him to remain part of the ‘project’ at Goodison Park.

He signed for Qatari club Al-Rayyan barely a year after his arrival at Everton with the club just thankful to remove the highest-paid player in the club’s history from their wage bill.