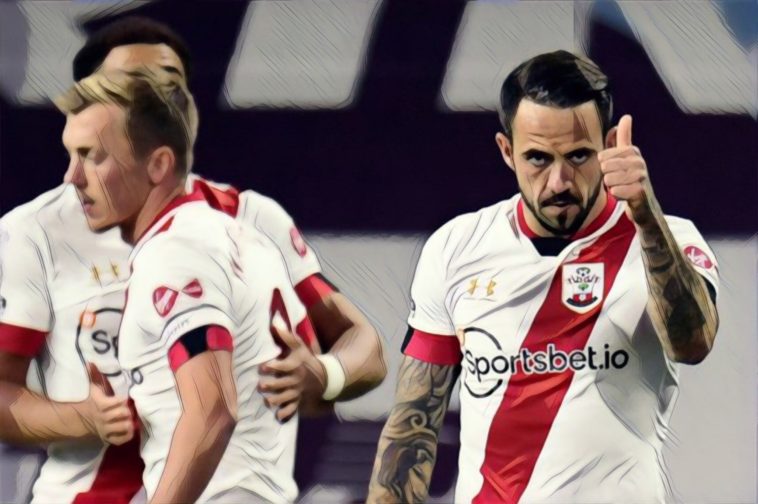 Football, as the wise sage Joey Barton once said, is a game of opinions but sometimes those opinions can be wrong. It, therefore, follows that on occasion they can be very wrong indeed.

That’s fine when it’s Gary down the local. Gary doesn’t know a great deal about the game and simply regurgitates what he’s read in the Daily Mail, adding a personal twist based on his inherent bias against foreign players and numbers 10s who wouldn’t have lasted five minutes on the muddy battlefields of the seventies.

That’s where articles such as these come in. Consider it a public service.

Here are the five most misunderstood footballers in the Premier League.

To some, life is a series of certainties; a narrow set of directives chiselled in stone and woe betide anyone who dares to veer from these ancient rules.

Fish should always be battered. Christmas Day halts at 3 pm for the Queen’s speech. Only men can commentate on Match of the Day. And most absolutely of all, strikers are paid to score goals.

When Roberto Firmino was reaching double figures – as he did for four season’s running – everyone sincerely admired his work-rate and the manner in which he’d drop deep to link up with Liverpool’s midfield. It was widely accepted that the Brazilian was the main catalyst for the Reds boasting such a formidable and prolific attack; that his contribution to the cause was immense.

Without his movement and selflessness Salah and Mane’s goal-hauls would be halved at a stroke.

Only this was all forgotten when Firmino’s tally dipped, admittedly quite alarmingly to three last season and just two so far this term. A clamour began to have him dropped in favour of Diogo Jota who was finding the net with regularity after a summer switch from Wolves.

We’ll let Jurgen Klopp take it up from here:

“I would feel really embarrassed if I had to mention the qualities of Bobby Firmino. I can’t help these people, sorry. If they don’t see it, I cannot help them.”

When the Algerian baller joined City in the summer of 2018 the expectation was that the former PFA Player’s Player of the Year would prove to be a huge success.

At Leicester, he was becoming a touch stale, with disgruntlement setting in after the winger’s attempts to secure a big-money move repeatedly came to nothing. The club was blamed. Their relationship soured.

Put 2016 Mahrez into this extravagantly gifted City set-up however and, oh boy, imagine the fireworks.

#OnThisDay in 2015, Leicester beat Chelsea 2–1 at the King Power. Jinking in and out, in and out, before bending it: Riyad Mahrez’s goal remains an absolute pearler.pic.twitter.com/rIek8scYMr

Yet surprisingly Mahrez has too often flattered to deceive, his individuality an ill-fit within a side that thrives on one-touch ‘rondo’ football and a ferocious high press.

The 29-year-old doesn’t do one-touch, and he certainly doesn’t press with any degree of ferocity and so subsequently he has come off as a luxury player, whose dalliances on the ball slows down City’s attacks.

When he leaves it will be as a flop but let’s have it right: Riyad Mahrez has been consistently excellent for the Blues. It’s just that he’s been playing a very different brand of football than the rest of his teammates.

There is a fine line between a player being under-rated and misunderstood. Kurt Zouma straddles that line each day.

When Chelsea were getting pelters from every direction for their porous defence at the start of the campaign the French centre-back was always included in the conversation, despite it being Andreas Christensen and Kepa who were largely responsible.

A narrative quickly formed that Frank Lampard needed a further transfer window before mounting any serious challenge for the title because Zouma and co were limited in stature. In short, Chelsea needed an upgrade.

Fast forward to the present and who has been getting the lion’s share of the credit now that Chelsea have rectified their defensive issues? Thiago Silva that’s who. Because he’s Thiago Silva.

In actual fact, in the nine games when Zouma hasn’t been partnered with the hapless Dane Christensen, the West London giants have conceded a goal every 162 minutes.

Sell him? Lampard would be wise to build a team around the brilliant stopper.

Brave? That would unquestionably crop up soon enough given that Ings has fought his way back from two potentially career-ending injuries to remain at the top level.

Honest? Definitely, at least in the context of the forward’s work-rate. The hit-man unfailingly puts in a shift and leaves nothing out there on the pitch.

Nice? Absolutely. Ings is generally known to be one of the most genuine and decent individuals in the game.

Danny Ings in the Premier League this season.

For these reasons his recent call-up to the international stage was widely welcomed, even celebrated by Saints fans and neutrals alike and when he went on to score with an over-kick head against Wales a nation smiled broadly. Chalk that down as one for the good guys.

Yet, as well-meaning as this is, Ings deserves better than our patronage. Last season only Aubameyang and Vardy scored more in the top-flight. This term he has been directly involved in a Southampton goal every 84 minutes.

His story may lend itself to an underdog tale but Danny Ings is one of the most lethal exponents of his craft around.

Like Ings, the rare inclusion of the Hammers winger in England squads routinely prompts some notably patronising coverage. Perhaps its because the 30-year-old was loaned across the leagues for much of his career. It’s probably that.

Yet still, Antonio is a devastating and consistently excellent talent who for whatever reason never seems to get the kudos that is rightfully his.

Indeed, it could be argued that several of his Premier League peers who are significantly inferior in both impact and ability get talked up much more.

In 160 appearances for West Ham he has scored 41 times. Last season he was directly involved in 26.5% of his club’s goals. Antonio is the real deal and frankly, his back-story set in the Championship is the least interesting thing about him.