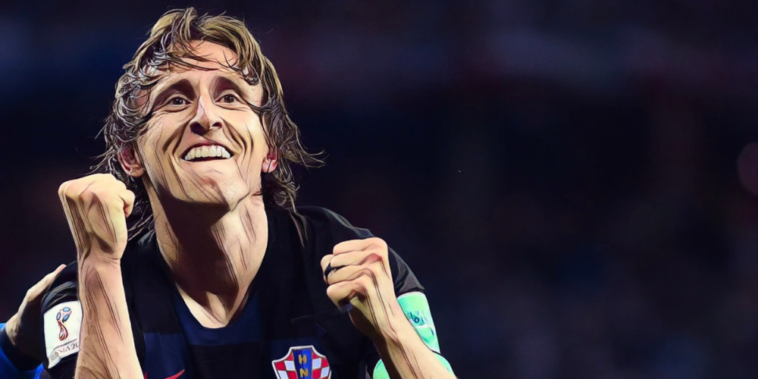 The 2018 World Cup saw the tournament hosted in Eastern Europe for the first time, with Russia the setting for the 21st edition of world football’s biggest spectacle.

France were crowned as world champions for a second time in Moscow, defeating Croatia in the highest scoring World Cup final since 1966.

There was misery for Germany however, who joined an unwanted list of defending champions to have exited the World Cup at the group stage.

Elsewhere, it was a tournament which also saw VAR introduced on the global stage, becoming the first competition to use the technology at each venue and in every game.

Ahead of the World Cup, we remember five of the most iconic players from the 2018 edition.

Luka Modric was officially named as the best player at the 2018 World Cup, having captained Croatia through to a first ever final.

Modric was in magnificent form throughout the summer, oozing class as he controlled the midfield and delivering at crucial moments for his side.

The midfielder led the tournament for recoveries (56), whilst his numbers for chances created (18) and take-ons completed (15) were leading totals in the Croatia side.

ON THIS DAY: In 2012, Luka Modrić joined Real Madrid from Tottenham for £30m.

In 2018, he became the first player in history to be awarded the World Cup Golden Ball, UEFA Men's Player, FIFA Best Men's Player and Ballon d'Or in the same year. pic.twitter.com/cYbn0jxEML

He produced a masterclass of a performance as Argentina were thrashed 3-0 in the group stage, before becoming the first Croatian to win the Golden Ball.

That accolade was followed with the Ballon d’Or, as Modric became the first player outside of Cristiano Ronaldo and Lionel Messi to win the award in more than a decade.

Kylian Mbappe’s first major tournament ended with the ultimate success and continued his ascent towards the finest footballers in the game.

Mbappe was electric on occasion for eventual champions France, scoring four goals including becoming just the second teenager, after Pele, to score in a World Cup final.

⏪ 3 years ago today 1.12 billion people watched the #WorldCup final. They witnessed Kylian Mbappe become the 1st teenager in 60 years to score in the fixture and make France the 1st side to net over 3 goals in it since 1970 🔥@KMbappe | @FrenchTeampic.twitter.com/yzFrRXR6VE

His performance in the last-16 win over Argentina was sublime, as the South Americans struggled to cope with his speed and movement, with Mbappe scoring twice and winning a penalty in a thrilling 4-3 win for Les Bleus.

The forward was a fitting recipient of the FIFA World Cup Best Young Player Award, becoming the second successive Frenchman to win the accolade after Paul Pogba in 2014.

Belgium’s ‘Golden Generation’ failed in their bid to end the nation’s wait for a major tournament, though not for the want of trying from their biggest names.

Eden Hazard was in brilliant form in Russia, scoring three goals and providing two assists to finish as runner-up to Modric for the Golden Ball award.

The winger was at his evasive best with defenders doing their utmost to stop his dangerous dribbles, with Hazard ending the tournament as the most fouled player.

He scored twice as Tunisia were thrashed 5-2 in the group stage and added his third of the tournament in the third-place play-off, as Belgium beat England to secure their best ever World Cup finish.

The World Cup saw Kante add football’s biggest prize to an ever-increasing collection of honours, having won back-to-back Premier League titles at different clubs, the FA Cup and a PFA Player of the Year award since arriving as an unknown quantity at Leicester three years earlier.

Kante was at his brilliant best during France’s victorious campaign, making a joint-high of 20 interceptions in Russia and providing the defensive security that allowed the likes of Paul Pogba and Antoine Griezmann to flourish further forward.

An all-action driving force at the heart of Les Bleus’ side, Kante reaffirmed his status as one of the world’s best defensive midfielders.

Kevin De Bruyne was among the stars of Belgium’s run to the semi-final, creating more chances from open play (15) than any other player in the tournament.

His brilliant driving run led to the Red Devils’ late winner against Japan in the last 16, as Belgium came from two goals down to snatch a stoppage-time win in one of the games of the finals.

De Bruyne then scored one of the 2018 World Cup’s best goals with a rifled strike in the quarter-final win over Brazil, with Roberto Martinez’s side eliminating the record five-time winners to reach the last four.

Operating in a deeper midfield position than he would perhaps have liked, he nonetheless exerted his influence on several games for Belgium to shine as one of the stars of the tournament.