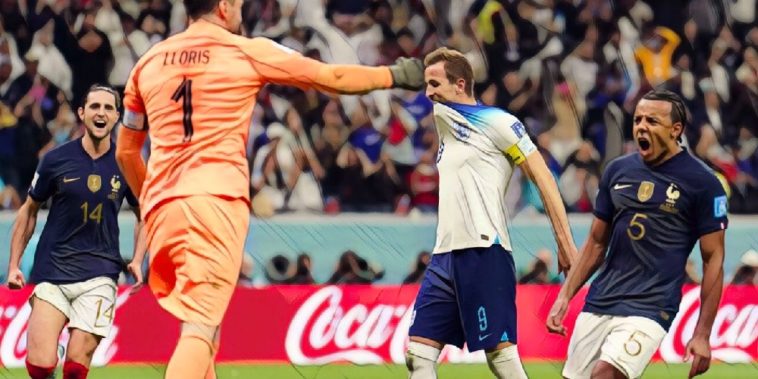 Harry Kane said he will ‘take responsibility’ for England’s World Cup exit after he missed a crucial second-half penalty against France.

France were the better side in the opening stages and took the lead through a long-range strike from Aurelien Tchouameni, a goal which seemed to kick England into life.

They got back on terms in the second half after Bukayo Saka was brought down in the area, before Kane superbly smashed the resulting spot kick beyond Hugo Lloris.

Former Arsenal and Chelsea striker Olivier Giroud re-established Les Bleus’ lead with a fine header following a sumptuous Antoine Griezmann cross, only for England to be given the chance to equalise once more as they were eventually awarded another penalty following a clumsy barge from Theo Hernandez on Mason Mount.

Kane stepped up again, but surprisingly blazed over the bar, with the Three Lions unable to get back on terms, and saw them heading out of the competition.

However, Kane insisted that the preparations for his second penalty weren’t affected by the fact he had already scored one, saying that he always prepares to take two in a game, and that he takes full responsibility for the ultimate defeat.

“No. I’m always someone who prepares for getting one or two penalties in a game, I always have an idea of what I want to do,” he told ITV.

“I can’t fault my preparation or anything like that, it was just the execution on the night. The first pen was great, the second one I didn’t quite hit it how I wanted to.

“I have to take it on the chin, it will hurt for sure, the whole game will hurt. As the captain, I’ll take that, but I couldn’t be prouder of the boys.

“It comes down to a small detail I’ll take responsibility for. I’m not worried about the team and how it will impact them. We have some great talent.”