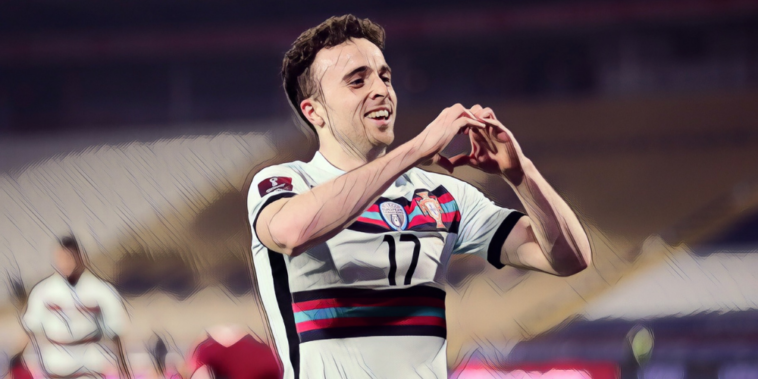 International breaks are often greeted with moans and groans from Premier League fans, though the latest pause to the season has provided players with a chance to maintain or regain form after joining up with the national side.

Following the start of World Cup qualification, we’ve looked at six Premier League players who have been smashing it on international duty during March’s break.

Aleksandar Mitrovic has not quite had the season he anticipated after firing Fulham to promotion last season, scoring just two league goals and finding himself in and out of the team due to a combination of injury, illness and Scott Parker’s change in tactical style.

Mitrovic will have been relishing the chance to join up with Serbia this month and has thrived with the national side once more, becoming his nation’s record scorer with three goals in two appearances.

The 26-year-old came off the bench to decide the game against the Republic of Ireland with a brilliant brace, the first a wonderful chipped effort from 35 yards after spotting Mark Travers off his line.

Mitrovic’s second goal was more in the style of what we have come to expect from the bullish forward, rising highest to power home Dusan Tadic’s cross and level Stjepan Bobek’s landmark of 38 goals for Serbia.

Mitrovic’s record-breaking moment came in the following game as he inspired Serbia to a 2-2 draw with group favourites Portugal, scoring the first as Dragan Stojkovic’s side came from two goals down to rescue a point against the reigning European champions.

At the age of just 26, Aleksandar Mitrovic has become Serbia's all time top scorer! 👏 pic.twitter.com/8rygzbMPgb

The Fulham forward will hope his performances this month can lead to a reintroduction to his club side with the west Londoners in need of goals in their battle to beat the drop.

Tomas Soucek has enjoyed a superb first full campaign in the Premier League with West Ham, emerging as one of the signings of the season after completing a permanent move to the London Stadium.

Soucek has been instrumental to West Ham’s push towards the top four and Champions League qualification, the midfielder the club’s leading scorer in the Premier League this season with nine goals for the campaign to date.

The 26-year-old is also set to be a key figure for the Czech Republic who are bidding to qualify for the World Cup for the first time since 2006, Soucek ensuring his side’s qualification campaign got off to the best possible start with a 6-2 thrashing of Estonia.

The midfielder – recently named as Czech Footballer of the Year for a second year running – scored his first international hat-trick in the rout of Estonia, heading home Jakub Jankto’s corner before netting his second with a crisp strike from outside the penalty area.

Soucek completed his hat-trick from close range on a fine evening for the Czech Republic and captained the side as they held Belgium to a 1-1 draw in their second fixture to sit top of Group E after the opening two fixtures.

Jaroslav Silhavy’s side will be hoping to maintain this form in the build-up to this summer’s European Championship, where they will face England, Croatia and Scotland in the group stages.

Another player in need of minutes after spending much of the season on the periphery at Liverpool, Xherdan Shaqiri has made just five league starts during the current campaign but has excelled on his return to international duty with Switzerland.

Shaqiri was an influential presence as the Swiss began their World Cup qualification campaign with a 3-1 win over Bulgaria, providing two assists as Vladimir Petkovic’s side raced into a three-goal lead within the opening 15 minutes of the contest.

Shaqiri then ensured Switzerland began their qualification campaign with back-to-back wins by scoring the only goal of the game against Lithuania, netting after just two minutes to secure a 1-0 win and score his 23rd goal for the national side.

The 29-year-old’s future remains unclear amid rumours of a summer move in search of regular first-team football, a queue of clubs likely to be interested in a player who contains a maverick match-winning ability.

Kai Havertz has underwhelmed at Chelsea following his record-breaking arrival from Bayer Leverkusen last season, with injury and illness having hindered the midfielder’s ability to make an impact at Stamford Bridge.

Havertz has scored just one league goal for the west Londoners to date, though will return to Chelsea in confident mood having played a prominent role for Germany during the international break.

The 21-year-old had shown signs of improvement under Thomas Tuchel in recent weeks and has carried that form into the break, scoring in Germany’s 3-0 win over Iceland with a smart finish from Leroy Sane’s cross.

Havertz was named in the starting side once more as Joachim Low’s side travelled to Romania, providing the assist for Serge Gnabry to score the only goal of the game after beating the offside trap with a well-timed run in behind.

Havertz’s showings will offer encouragement to Chelsea ahead of the Premier League’s run-in as the club look to coax the best from their club-record purchase.

Jesse Lingard’s renaissance has continued during March’s international break after returning to the England squad, the midfielder called up by Gareth Southgate this month after almost two years in the wilderness.

Lingard’s impressive form since signing on loan for West Ham has provided the England manager with food for thought, the 28-year-old throwing his name into the hat for a creative midfield position in the Three Lions’ side.

Lingard was in need of an impressive return to the squad given the wealth of competition for places, with the likes of Phil Foden and Mason Mount amongst the current options and Jack Grealish and James Maddison hopeful of selection for this summer’s European Championship upon their respective returns from injury.

The midfielder was included in the starting side as England began their World Cup qualification campaign with a 5-0 thrashing of minnows San Marino, producing a vibrant and energetic display with Lingard involved in the thick of the action.

Jesse Lingard made his first England appearance since June 2019.

He got the Messi treatment on his return 🙃 pic.twitter.com/1I3xJO0u4e

Whilst admittedly the standard of opposition was far from ideal, Lingard was named as Man of the Match at Wembley and has provided Southgate with a timely reminder of what he can bring to the side.

Portugal will head into this summer’s European Championship as holders and as part of a team capable of reaching the latter stages, Fernando Santos boasting a wealth of attacking talent amongst his current options.

Santos’ side edged to a 1-0 win over a stubborn Azerbaijan side to get their World Cup qualification campaign off to a winning start, in a fixture that saw Bruno Fernandes come off the bench and Diogo Jota remain an unused substitute.

Jota was recalled to the side for the clash with Serbia three days later and strengthened his case for more regular inclusion, scoring twice to fire his side into a 2-0 lead with two clinical headed finishes.

He's on for a hat-trick. pic.twitter.com/Tg48UJbwW9

The 23-year-old’s movement from wide into a central area saw him twice arrive into the penalty box unmarked, taking his tally to five goals in just 11 caps for the national side as he grows in influence alongside the likes of Cristiano Ronaldo.

Jota’s return from injury has been a welcome boost for Liverpool and on this kind of form, the forward should be an automatic starter in a forward line that has misfired for much of the season so far.