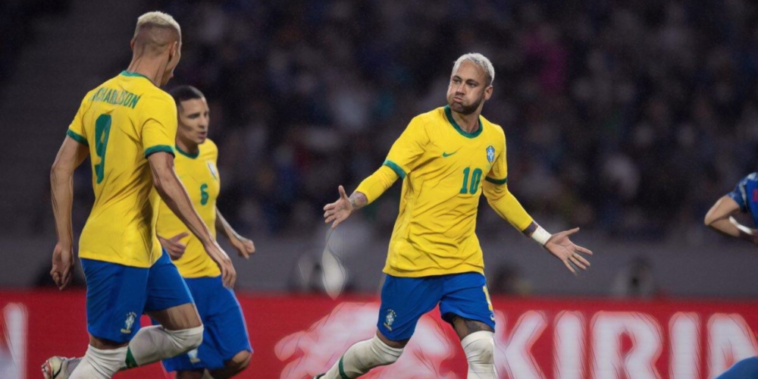 As the Qatar World Cup nears, teams from each country are bringing in the best of the best players they can get in order to win the ultimate quadrennial soccer tournament. And none is more prepared this time around than Brazil, which is a big favorite not only thanks to their history and past glories, but because they have assembled one of the strongest teams, and they will be led by Thiago Silva; fans most surely will be at the edge of their seats waiting for the sounds of the whistles signaling the star, to cheer on in support of their warriors in their epic battles. So, it comes as no surprise that everyone is checking out the best sportsbook reviews for the top bookies to place their bets.

To say that The Seleçao is in the best shape it has been in years would be an understatement. As proof of this stand the last matches they have played; for starters, they faced off against Bolivia all the way back in March during the South American World Cup qualifiers and they defeated them by scoring 4 goals and conceding none, they then proceeded to have a friendly with South Korea back in June scoring 5 goals and conceding only 1. That same month they faced Japan; The Samurai Blue gave them a hard time through the whole game, as their defenses were formidable, but in minute 77 a penalty goal from Neymar secured the match for The Canarinha.

They then had two more friendlies in September, first against Ghana, who they beat without complications as they scored 3 goals conceding none; and lastly, they defeated Tunisia with 5 goals and conceded just 1. All this just confirms that this is a team where all of its players are at the top of their shape and ready to shine in the World Cup.

Tite’s men have their work cut out for them; they will have to first face Serbia. The Eagles are decent opponents, but they are sure to crumble under the boots of those who have won so many World Cups. They will then face their biggest threat within the group: Switzerland. The Red Crosses are presumed to be strong enough to reach the quarter-finals this time around, even though they haven’t done so since 1954; however the real question is how much damage they will be able to inflict upon the Brazilian side, and the most pressing question of course being, could they be able to beat them? Afterward, their first match of December will be against Cameroon; The Indomitable Lions haven’t distinguished themselves much during World Cups, the last time they reached the quarterfinals was back in 1990, and during the 2018 iteration of the competition they failed to qualify altogether.

So overall it is foreseeable that Brazil won’t have too much of a hard time dealing with its group opponents, as long as they stay alert and don’t allow The Red Crosses to pull a fast one on them.

In the end, great things are expected of the Brazilian team this year. Millions will have their eyes set on players such as Neymar, Richarlison, and Raphinha, as they deliver The Selecao to the top of the biggest football competition in the world. And for those seeking out big thrills, even the best betting sites in India can deliver all they might wish to get a good time and big profits.