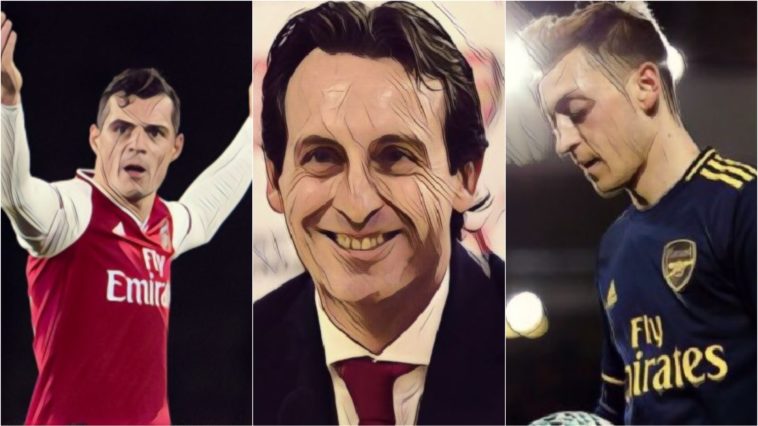 The pressure continues to mount on Unai Emery at Arsenal, with the under-fire Spaniard facing fiercer criticism than ever following the club’s underwhelming start to the new season.

Last weekend’s defeat at Leicester saw the club fall eight points adrift in the race to finish in the top four, with the club now facing the realistic prospect of missing out on Champions League football for a fourth consecutive season.

It had been hoped that the former Sevilla boss would be the man to take the club to the next level following Arsene Wenger’s departure, though a worrying statistic shows that Emery’s first 50 league games in charge have delivered a slightly worse record than his long-serving predecessor.

Familiar flaws have once again been on show at the Emirates — here are five major issues that Unai Emery has either created or failed to fix at Arsenal:

Arsenal have long been poor travellers, a bad habit that has failed to have been improved since Emery arrived at the club.

No club had a greater disparity between their home and away form last season, with Arsenal only behind Manchester City and Liverpool for points gained at home but a distant eighth in the Premier League for away success.

Their away struggles have continued again in the current campaign, a win at Newcastle on the opening day their only league success away from the Emirates and it is an issue that needs fixing if they are to find the consistency to challenge for the top four.

Emery has often been criticised for a lack of flexibility and pragmatism, particularly on the road, something he must begin to show if he is to remain in his position.

Arsenal say Emery ‘is the right man for the job’

Arsenal’s defence is just not very good. A fact that seems abundantly clear to almost everyone, barring their management and hierarchy for several seasons now.

Despite investing significantly in recent years, including breaking the club’s transfer-record three times in the past two seasons, Arsenal remain the same defensively vulnerable side they were in the latter Wenger years.

Often accused of flakiness and a lack of leadership, the Gunners have long lacked a commanding presence to lead their backline. Callum Chambers and Rob Holding have failed to develop as expected, whilst Sokratis and the much-maligned Shkodran Mustafi are below the standard required.

David Luiz was brought in from Chelsea this summer to provide experience, though it remains a guessing game which version of the Brazilian international will show in each passing week.

In many ways the signing of Luiz was symbolic of Arsenal as a whole in recent years, mixing the bad with the brilliant but failing to rectify their long-standing problems.

Laurent Koscielny’s summer strike in a bid to engineer a move away from the club proved successful, an exit which saw Arsenal seek a new permanent captain of the club.

Emery decided to allow the players to vote for their new leader, though the Spaniard has often utilised a ‘five captain’ system, which from an outside perspective can appear confusing.

Swiss international Granit Xhaka, a popular figure in the dressing room, was anointed the team’s on-field leader, though the 27-year-old has proven a divisive figure amongst the club’s supporters in three seasons at the Emirates.

The appointment of a player who is not universally popular with supporters as captain was a risk, and it is one which has spectacularly backfired following his angry verbal clash with the home crowd during last month’s draw with Crystal Palace.

Having been jeered for his recent performances, Xhaka was once again subjected to boo’s as he was substituted and prompted to tell the Arsenal crowd to “f*** off” before removing his shirt and heading down the runnel.

Xhaka has since been stripped of the captaincy and replaced by Pierre-Emerick Aubameyang, a consistent performer and a player popular with supporters, but whose leadership qualities have reportedly been questioned within the dressing room.

It remains to be seen whether the Gabon international is the right choice, though a lack of obvious candidates highlights the issue of the the current squad’s character.

The highest-paid player in the club’s history, the midfielder has since fallen out-of-favour under Emery and has been marginalised for much of the season.

Another player who can often prove a divisive figure, his inconsistent displays have led to criticism over his role in the team with his lack of work-rate often used as justification for his absence from the team.

That said, Ozil remains a player of the highest quality technically who can unlock defences at his creative best, evidenced by his display in the recent Carabao Cup defeat at Liverpool.

Finding a balance which allows Ozil to flourish behind forward pairing Aubameyang and Alexandre Lacazette could be key to Arsenal’s hopes of returning to winning ways, given their attacking options are as talented as any in the division.

Freezing out the World Cup winner has done little to improve the club’s prospects, and Emery must now decide whether Ozil remains part of his plans. His return to regular action could provide a spark his side have been missing.

After years of spending comparatively modestly compared to their top six rivals, Arsenal were prepared to back Emery this summer as the club looked to secure a return to Champions League football.

The club were amongst the highest spenders in the Premier League, finishing second for both gross and net spend, though Emery’s priorities of his budget must be questioned.

Despite possessing one of the best forward partnerships in the division, Emery opted to splash a club-record £72m on Lille’s Nicolas Pepe to bolster his attacking options ahead of reinforcing his side’s familiar flaws, particularly in central defence.

Whilst Pepe was highly-rated he has struggled since moving to English football, his move at present seeming like an unnecessary gamble that has failed to pay off.

The Spaniard opted to invest around just £33m in signing the aforementioned Luiz and prospect William Saliba in central defence, though the latter has remained at Saint-Etienne on loan for the season.

The likes of Kostas Manolas, Mats Hummels and Diego Godin all made moves this summer across Europe for reasonable fees, and Arsenal’s refusal to address an obvious weakness with a high-quality, experienced addition can be described as an oversight at best.