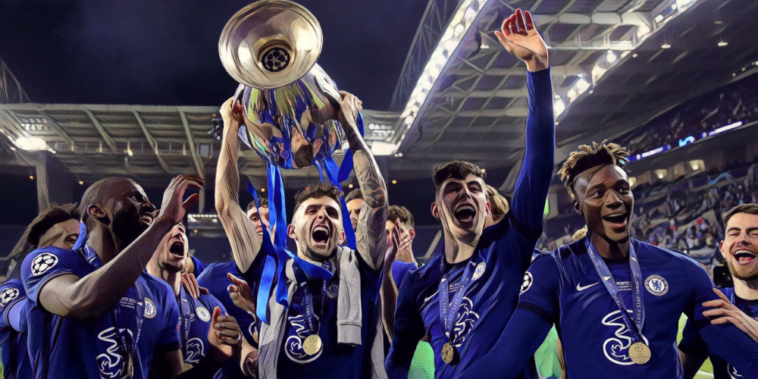 The UEFA Champions League is set to get underway in September following the group stage draw, as Europe’s elite prepare to compete for club football’s biggest prize.

Chelsea are the reigning European champions after defeating Manchester City in last season’s final and the Premier League’s representatives are expected to challenge once more for the trophy.

So for those of you interested in same day withdrawal from online casinos, such as the ones you can find on this webpage, here are the bookmakers’ five favourites to win the 2021/22 Champions League.

Ronaldo returns to the Premier League more than a decade after his world record departure, the five-time Ballon d’Or winner remaining one of the world’s best even into the twilight of his record-breaking career.

As fans of online gambling sites like https://www.slotozilla.com/pl/automaty will be aware, the 36-year-old is the leading scorer in Champions League history and has won the trophy on five occasions, his first coming in the colours of United during the 2007/08 campaign.

United have failed to go beyond the quarter-finals since finishing as runners-up in 2011, but bolstered by the signings of Ronaldo, Raphael Varane and Jadon Sancho will be confident of reaching the latter stages.

Ole Gunnar Solskjaer’s side have been handed a relatively straightforward group stage with Europa League conquerors Villarreal, Atalanta and Young Boys the opposition in Group B.

Chelsea have been priced alongside Manchester United as 8/1 odds to retain the Champions League this season, with only Real Madrid having ever successful defended the trophy in the modern era.

The west Londoners caused a surprise in winning last season’s competition and look stronger ahead of the upcoming campaign following the £97.5m signing of Romelu Lukaku from Inter Milan.

Thomas Tuchel’s side have been resolute defensively since the German’s January appointment, their organisation a huge strength and a key reason why the Blues can mount a challenge once again.

Chelsea face a transitional Juventus side in the group stage, but should have no issues progressing from a Group H also containing Zenit St Petersburg and Malmo.

Bayern Munich are third-favourites to win the Champions League for a second time in three seasons, having lifted the trophy as part of a treble success during the 2019/20 campaign.

Now under the guidance of Julian Nagelsmann, the Bavarians have strengthened their options after raiding Nagelsmann’s former side and divisional rivals RB Leipzig for both Dayot Upamecano and Marcel Sabitzer.

Robert Lewandowski will once again be crucial to the Bundesliga champion’s hopes of making an impact, having been a notable absentee for their exit to PSG last season.

Lewandowski scored a record-breaking 41 goals in just 29 league appearances for Bayern last season and his 73 career goals in the Champions League ranks behind only Cristiano Ronaldo and Lionel Messi.

After several seasons of disappointments on the European stage, Manchester City reached a maiden final in 2021 before an agonising defeat to Premier League rivals Chelsea.

Pep Guardiola’s side will once again be amongst the contenders for Champions League success and have added to their options with the £100m record signing of Jack Grealish from Aston Villa.

The lack of a recognised number nine raises question marks, but there are few squads in European football boasting the talent and depth of Guardiola’s at the Etihad.

City will need to be at their best from the very earliest stages of the competition however, having been drawn in arguably the tournament’s group of death alongside PSG, RB Leipzig and Club Brugge.

PSG’s incredible summer transfer window has seen the Parisians installed as Champions League favourites, with the signing of Lionel Messi amongst the stories of the summer.

The six-time Ballon d’Or winner’s move for France unites him with former Barcelona teammate Neymar, forming one of the most tantalising forward line-ups in world football.

Sergio Ramos has also arrived on a free transfer with the defender a serial winner in Europe, whilst the arrivals of Georginio Wijnaldum, Gianluigi Donnarumma and Achraf Hakimi add quality in key areas of the pitch.

Kylian Mbappe’s future remains the elephant in the room with the forward keen on a move to Real Madrid before the transfer deadline, but if the France international remains at the Parc des Princes than PSG look difficult to stop.