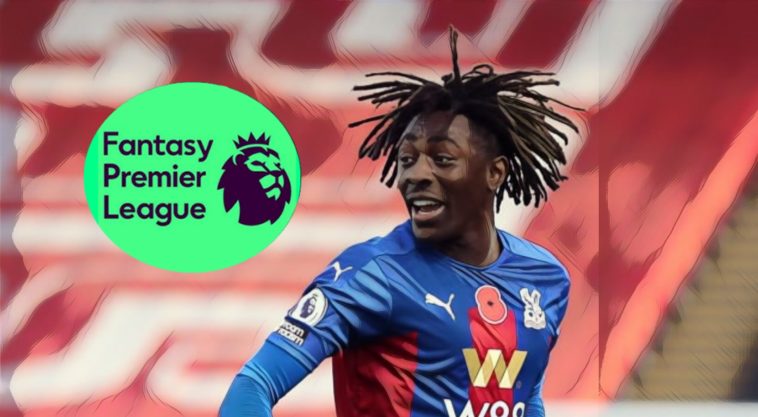 With an average score of 55 points it was a decent week all round for Fantasy Premier League managers before the international break.

Interestingly there was no room for Mo Salah, Kevin De Bruyne or Harry Kane in this week’s team, despite all returning in their respective fixtures, but a few new kids on the block managed to make their mark.

Fantasy Premier League team of the week for Gameweek 8:

From the brink of agony to sheer ecstacy, Lukasz Fabianski’s clean sheet not only remained intact despite West ham United conceding a last minute penalty, but he cleaned up five extra points for saving Ademola Lookman’s tame effort.

That also catapulted the Pole to maximum bonus points, giving him 15 overall for the biggest haul by a goalkeeper in a single gameweek this season.

We’ve been wondering when the real Matt Doherty would please stand up, and the Irishman finally delivered an attacking return at the sixth time of asking since joining Tottenham Hotspur.

As well as keeping a clean sheet, the right-back set up Harry Kane for the winner against West Brom on Sunday, which was more than enough to earn him all three bonus points.

Aston Villa earned a massive 3-0 win over Arsenal on Sunday night in part thanks to an impressive contribution by Matt Targett. The left-back was not only solid at the back as the visitors kept a clean sheet, but he also set the opening goal when his low cross was turned in by the misfortunate Bukayo Saka.

All the key moments from a special night at the Emirates!

In just his third start for Brighton Joël Veltman secured all three bonus points for himself in a rather dour goalless draw between the Seagulls and Brighton.

The Dutchman, who had the fourth-most progressive yards carried among non-Big Six players at the weekend, appears to have nailed down a starting place for himself in the side and is a snap at £4.3m.

#BHABUR BONUS POINTS AS IT STANDS

The Premier League team of the week for GW8

One of the best budget options in Fantasy Premier League right now, Kyle Walker-Peters earned maximum bonus points for the first time this season. The Southampton defence is yet to concede a goal at home and the full-back is a superb option at £4.5m right now.

Bruno Fernandes powered Manchester United to a big 3-1 win over Everton, playing a part every time the team scored on Saturday. His two goals and an assists gave him the most points of any player in FPL at the weekend.

Fernandes has now had a goal or assist in every away game he’s played in the league except for the July meeting with Crystal Palace. It’s the most goal involvements a player has had in their first ten games on the road in the Premier League, while only Kevin Phillips scored as many as his ten.

Bruno Fernandes has scored more goals (13), scored more non-penalty goals (7) and registered more assists (10) than any other PL midfielder since making his debut in the competition.

Eberechi Eze got off the mark in style on Saturday, scoring his first goal for Crystal Palace with a peach of a free-kick. With an assist to boot, the ex-QPR playmaker played a key role in the 4-1 win over Leeds United and is really settling in at his new club.

The Chelsea attack has truly kicked into gear lately thanks to Hakim Ziyech, who followed up his first Premier League goal for the club last week at Burnley with a sublime all-round display against Sheffield United.

The Moroccan international provided two assists in the Blues 4-1 win at Stamford Bridge, giving the attacking midfielder all three bonus points. Creating 3.8 chances per 90, he could be a no-brainer to have in your midfield at just £8.0m.

That Ziyech cross or @TSilva3's header… we can't decide which we like more! 🧐

So here's 1️⃣1️⃣ angles of it for you to decide! 😉🎥 pic.twitter.com/naiyCnFWpm

Some wonderful footwork by Stuart Armstrong in the Newcastle United box preceded his goal on Saturday, the first time he has found the net this season. The Scot came away from the match with ten points, but he’s only owned by 0.5% of FPL managers.

Stunning from all angles 🤩

An alternative look at Stuart Armstrong's nerve-settler on Friday: pic.twitter.com/NtTycq41D4

Tomas Soucek timed his first goal of the campaign incredibly well, scoring in injury time to hand West Ham the win over Fulham. Now that he’s finally off the mark, the Czech midfielder could be a bargain buy at £4.9m.

Six Premier League players who had a mare in GW8

After scoring a brace against Arsenal on Sunday, Ollie Watkins now has six goals in seven games for Aston Villa. Only Dean Saunders (seven) and Dion Dublin (nine) have ever scored more in their first seven appearances for the club in the competition.

Villa have now scored 14 goals in their last five league games, meaning it might be time to jump all over their attacking assets.

Read: Why Liverpool’s defence will be the undoing of their title defence