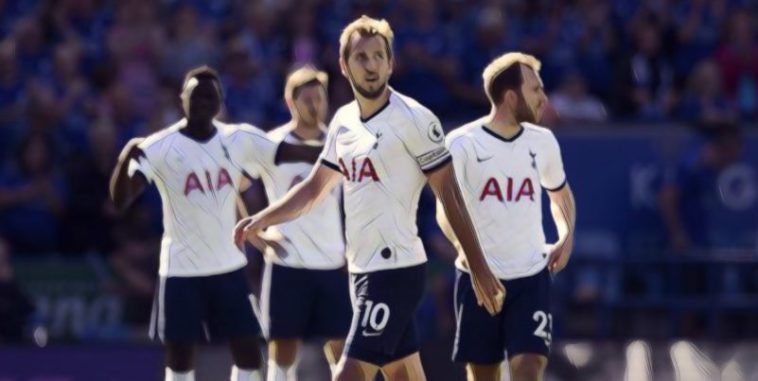 Jose Mourinho. It’s a name that, aside from a few highlights in Sky commentary, has been oddly irrelevant in football during the past twelve months.

The man who had been front and centre in European football for the past decade seemed to have faded into obscurity. That is, until one of the most unprecedented moves of the season occurred, with Mauricio Pochettino being sacked by Tottenham Hotspur and Mourinho being chosen as his replacement.

The appointment has been – to say the least – controversial and for good reason. Pochettino spent the last five years carefully laying the foundation for the progression of the club; overseeing dramatic improvements in the club’s academy and technical infrastructure, establishing a cohesive club culture, and imposing a clear tactical identity on the squad all within stringent financial constraints.

To suddenly halt this and turn to Mourinho appears odd, and in a few seasons, it may prove to be the wrong one. Yet one element of the decision that does make sense is tactical. Mourinho is arriving at a club with a squad that could benefit from his tactical philosophy and could go on to achieve new heights under the Special One’s tutelage.

The intense stigma that surrounds Mourinho and his tactics make it difficult to discuss them. Platitudes of “parking the bus” and overly defensive football are so ubiquitous that it obscures what it is a more nuanced and complex approach to the game.

A philosophy cannot be reduced to the worst elements of its practice, and instead must be approached holistically. In the case of Mourinho, his philosophy rests on the mitigation of risk. As his biographer Diego Torres has written, he believes that the team who makes the least amount of mistakes wins the game and that consequently, a team should do everything in their power to make as few mistakes as possible.

This doctrine translates into Mourinho controlling the attacking intent of his team based on the caliber of his defense. If he believes that the defensive foundation of his team is solid and will not make errors, he will then allow his team to be more expressive. If not, he will curtail their attacking instincts as he did during the latter stages of his Manchester United tenure.

Mourinho’s evaluation of his backline is based on trust in his players, both in their ability to execute his tactical instructions and in the emotional connection he establishes with them. His career shows that the latter may eventually prove to be a problem, but the former shouldn’t be as much as a hindrance. At Tottenham, he is blessed with a far superior defence than he was at his previous job, and will likely allow the team to be more free-flowing in attack as a result.

His mindset of reducing mistakes leads him to rely heavily on opposition analysis to ensure that his team is prepared to counter opposition strengths and exploit their weaknesses. This means that he is more than willing to change formation and team-selection based on the opposition. However, there are certain tactical characteristics that define his teams throughout his career.

For instance, while he has used a 4-3-3, 4-4-2 diamond, and variants of a back three throughout his career, his preferred formation is a 4-2-3-1. In defence, that 4-2-3-1 morphs into a 4-4-2 mid-block that ultimately aims to prevent the opposition from playing vertical, penetrative passes through the centre.

By maintaining a compact shape and instructing players to block central passing lanes, Mourinho encourages his opposition into aimless long balls, backward passes, or passes out wide. If the ball is played wide, the touchline is used as an additional defender and the player in possession is closed down by a wide player, who is meant to mark the opposition fullback.

The defensive structure is such that once the ball is won back, the team is able to counter quickly and efficiently. Given that the system emphasizes blocking the centre of the park and forcing passes out wide, the ball tends to be won back in wide areas.

From here, the ball is moved to the midfield pivot, who either switches the play to the opposite flank or initiate counters through the middle, where the presence of two players in the centre provides an out ball for the team. The system requires peak concentration, discipline, and work rate, but can be highly effective when executed correctly.

In order to optimize the team’s defensive, offensive, and transitional capabilities, Mourinho tends to have certain roles within the 4-2-3-1. The centre backs need to be aerially dominant, positionally aware, and capable in one-on-one situations should the opposition play through the mid-block.

The midfield pivot needs to be physically imposing, provide adequate defensive cover for the back four, and be able to initiate counter-attacks quickly once winning possession. The wide players of the attacking midfield trio need to have the energy to track back and support the team defensively, the dynamism to be a counter-attacking threat, and the technical ability to create chances whilst in possession.

The centre forward needs to be a physical presence who can occupy multiple opposition defenders, be a threat on the counter, and pose as a target for goal kicks, set pieces, crosses, and long balls from the defence that bypass an opposition press.

Fortunately for Mourinho, Tottenham has a number of players who fit the profile for the above roles. All of Spurs’ centre backs are aerially dominant, with Jan Vertonghen and Toby Alderweireld providing added positional awareness and leadership and Davinson Sanchez bringing greater pace and energy to the backline.

Eric Dier is a player Mourinho has expressed interest in at other clubs, and the Englishman could be the type of physically imposing defensive midfielder the Portuguese tends to use. Alongside Dier, Mourinho has a number of options. Harry Winks could be more of a deep-lying playmaker, while Moussa Sissoko and Tanguy Ndombele provide a more dynamic, box-to-box option. Ndombele, in particular, could be a useful player, as his dribbling ability and passing could be an invaluable asset on the counter.

Out wide, Heung Min-Son provides the perfect combination of technical prowess and work rate to excel for Mourinho. Erik Lamela and Lucas Moura each provide solid options for the right-hand side, but neither is the complete article. Mourinho may look to strengthen in this area over the summer, and perhaps a swoop for Willian, whose contract is running out and is a favourite of the Special One, could be on the cards.

Harry Kane is perhaps the ideal centre-forward for Mourinho. While he was often tasked with dropping off to link attacks under Pochettino, Kane will likely play more like a traditional target-man under Jose, where his physicality, movement, and finishing will allow him to serve as the focal point of the attack.

While Mourinho’s tenure will entail a greater degree of pragmatism and reactiveness than Pochettino’s, his arrival could do well for Tottenham’s attack. Unlike many modern managers, who employ a pass-and-move style of attacking play based on pre-planned passing moves, Mourinho relies on his players’ individual quality and ability in transition to create chances.

He also encourages the team to play more direct when they are unable to find a breakthrough. With an older, less exuberant squad, Pochettino himself was forced to do away with the high tempo, possession-based style that was once used and adopt a more pragmatic and direct attacking approach. As such, it could be that Mourinho’s attacking style is a better fit for Tottenham than some may think.

However, there are problems to be considered. For one, Mourinho’s emphasis on opposition analysis and tactical tinkering can lead to a lack of cohesion amongst the squad. This was a significant issue at Manchester United and could plague his tenure at Spurs as well.

Furthermore, the fact that he instructs his teams not to press in a Premier League era of attacking, possession-based football could spell trouble for Tottenham just as it did for United. More and more teams are becoming adept at playing through opposition defences with quick interchanges of passing, meaning that they can bypass opposition defensive blocks that are meant to congest the centre.

Spurs could find their backline under significant pressure if Mourinho fails to make adjustments to quell this issue. It’s difficult to say how these potential downsides will balance the other elements of Mourinho’s tactical philosophy, and that balance could be pivotal in Tottenham’s success.

Of course, the ultimate hindrance has nothing to do with Mourinho the tactician, but instead with Mourinho the man. Whether he will be able to motivate his players and get them on board with his ideas and philosophy and whether he can work alongside another strong personality in Daniel Levy will ultimately determine his success.

There is a compelling argument that Jose Mourinho could be a good tactical fit for Spurs. But whether he was the right appointment for Tottenham remains to be seen.