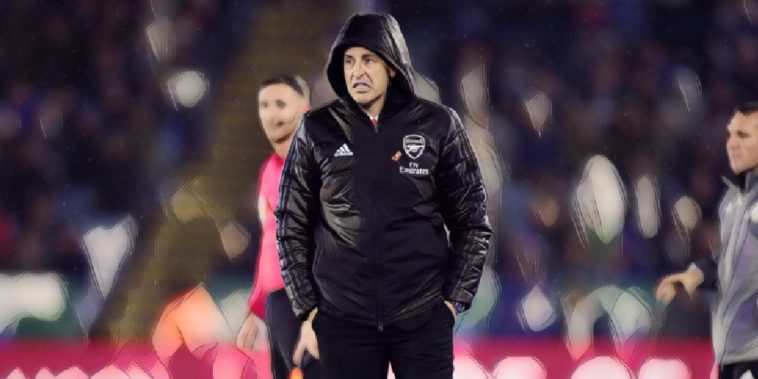 Arsenal manager Unai Emery’s position at the club is in danger with reports emerging that the players have ‘lost faith’ in the Spaniard’s ability to salvage their season.

The pressure is continuing to mount on Emery following this weekend’s disappointing 2-2 draw at home to struggling Southampton, Alexandre Lacazette’s late goal rescuing the club from an embarrassing home defeat.

The draw means that Arsenal have now failed to win in any of their past five league fixtures, the club having slipped to eighth in the Premier League and currently sit eight points adrift of the Champions League places.

Arsenal’s poor form has led to growing frustrations and unrest at the club, with the Telegraph reporting that Emery has now lost the dressing room following their torrid run of results.

According to the report, the Arsenal players have been left confused by Emery’s tactics, selections and instructions, with the squad having lost faith in the manager’s ability to turn their fortunes around.

The lack of confidence is likely to result in Emery being dismissed by the club, who now face the realistic prospect of missing out on Champions League football for a fourth consecutive season.

The club were amongst the highest spenders in the Premier League during the summer, and the Arsenal board made it clear that a top four finish was expected after a transfer window of investment that included the £72m club-record signing of Lille winger Nicolas Pepe.

Emery has so far failed to deliver and his position looks to be very much in the balance, the club’s worrying run of results and performances meaning a change in the dugout may be imminent.