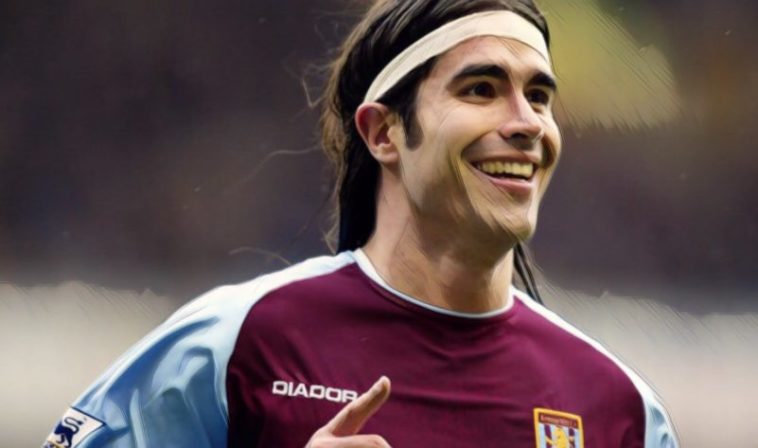 Founding members of the Premier League and ever-presents until their relegation in 2016, Aston Villa have since bounced back with promotion back into the top flight in 2019.

Having finished as high as second during the competition’s inaugural season, Villa certainly possess Premier League pedigree and throughout their history the Midlands side have seen no shortage of top-level goal getters.

The big Belgian’s struggles in recent seasons make it hard to remember that he was once one of the Premier League’s most feared forwards, having enjoyed a prolific three-year spell at Villa Park after arriving for £7m from Genk in 2012.

His debut season saw the towering target man plunder 19 Premier League goals, with Benteke described as ‘unplayable’ after scoring on his debut by then Villa boss Paul Lambert.

Injuries restricted his him during his second season but he still managed to hit double figures for league goals, before another haul of 13 in 2014/15 persuaded Liverpool to trigger his £32.5m release clause and take him to Anfield.

He left Aston Villa having scored 42 Premier League goals in 89 appearances, though his career has been on a downward trajectory ever since…

The club-record signing who would enjoy a slow start to life in English football before becoming a fan’s favourite at Villa Park, Juan Pablo Angel signed for Villa from River Plate for £9.5m in January 2001.

Angel was highly-rated in his native South America and the Colombian arrived with a burgeoning reputation, with the claret and blue faithful excited at the prospect of their new signing.

Villa fans saw the best and worst of Angel during a six-year spell, though the forward’s commitment and unquestionable talent saw him loved by the club’s support.

He scored just once in his first six months at the club as he struggled to adapt, before beginning to repay the faith of chairman Doug Ellis by hitting 12 in his first full campaign. One goal in 15 league appearances in 2002/03 saw him questioned once more, before Angel hit 23 goals in 39 appearances the following season to remove any doubts.

Angel would never quite hit those same heights again over the next three seasons before leaving for MLS side New York Red Bulls, but he left Villa with a respectable total of 44 goals in 175 Premier League appearances and is fondly remembered by the club’s support.

Before his ventures into TV presenting and percussion instruments, Dion Dublin was a regular Premier League goal scorer over spells at several clubs.

The Leicester-born forward had enjoyed a prolific spell at Coventry City, including winning a share of the 1998 Golden Boot, before Villa decided to spend £5.75m to take him across the Midlands in the autumn of that year.

His Villa career started brilliantly, including a hat-trick in just his second appearance, as the four-cap England international scored seven goals in his first four outings.

The forward scored 48 goals in 155 appearances for Villa before joining Leicester on a free transfer in 2004.

The second-highest non-European goal scorer in Premier League history, Yorke’s switch from right-wing to centre-forward in the mid ’90s saw him establish himself as one of the division’s finest.

Having scored just 12 goals in the first three seasons of the Premier League, Yorke’s switch to a central role paid dividends as he plundered 17 goals in consecutive seasons in 1995/96 and 1996/97. A third consecutive double figure haul saw him attract interest, with Yorke expressing a desire to leave.

Yorke’s admission he wanted to leave Villa for Manchester United led then Villains boss John Gregory to bizarrely claim he would have ‘shot’ the forward if he ‘had a gun’, so perhaps Yorke’s 1998 move to Old Trafford was in his best interests.

His determination to leave Villa Park and later switch to rivals Birmingham City somewhat soured his relationship with sections of the club’s support, though Yorke remains one of the finest players to have played for Villa in the Premier League-era.

The long-serving local lad who played a key role in Martin O’Neill’s exciting Villa side of the mid-2000’s, Agbonlahor scored 73 Premier League goals during 11 top-flight seasons with his boyhood club.

Despite never being a prolific goalscorer, he hit double figures in three consecutive seasons between 2008-2010, with a seven-minute perfect hat-trick against newly-rich Manchester City in August 2008 a particular highlight.

His finest season perhaps came in 2008/09, where he top scored in a Villa side which finished sixth, being nominated for the PFA Young Player of the Year before eventually being beaten to the award by teammate Ashley Young.

The lightning-quick forward never truly built on his early promise, being capped just three times for England, however, he remained a reliable contributor for Villa for over a decade in the Premier League before announcing his retirement from football after their promotion back to the top flight in 2019.

He remains Villa’s all-time top scorer in the Premier League-era, having hit 73 goals in 322 appearances.