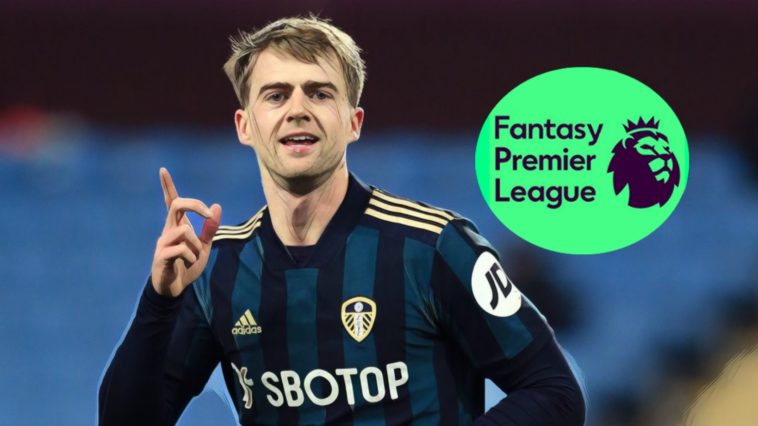 Gameweek 25 in Fantasy Premier League provides some hugely entertaining top-flight encounters, with a Merseyside derby clash headlining Saturday’s fixture list ahead of what promises to be a fascinating Sunday.

West Ham and Tottenham renew rivalries in the early kick-off before a Midlands match-up between Aston Villa and Leicester, those games followed by Manchester City’s trip to Arsenal and Manchester United’s hosting of Newcastle at Old Trafford.

The latest round of fixtures also provides double gameweeks for Southampton and Leeds assets, and you can check out all our advice on best chip strategies on this week’s Fantasy Faithful podcast.

As always we’re on hand to offer our sage advice on the best captaincy options ahead of Friday’s early deadline.

Patrick Bamford vs Wolves (A) and Southampton (H)

Leeds United’s performances this season have been somewhat like Forrest Gump’s box of chocolates. Marcelo Bielsa’s side have mixed the sublime with the outright ridiculous when it comes to the guessing game of which Leeds will turn up.

Often guaranteed with the Yorkshire outfit, however, is goals, and with the Whites playing twice in gameweek 25 that makes their attacking assets hugely attractive for the armband.

None more so than Patrick Bamford who has enjoyed an excellent season as the spearhead of the side, rubbishing suggestions he wasn’t cut out for the Premier League with 12 league goals.

No player in the division has managed more shots or more shots on target than the 27-year-old so far this season. The sheer abundance of chances created every week by Leeds makes Bamford a safe shout for captaincy in GW25.

Leeds travel to face a Wolves side who have struggled for consistency this season on Friday evening, before hosting a Southampton outfit who have lost their past six fixtures in succession in midweek.

Fantasy Premier League: How to get the most out of your chips in the coming gameweeks

Danny Ings vs Chelsea (H) and Leeds (A)

Speaking of, selecting a captaincy option from a side that has lost six times on the bounce may seem unwise, but there is method to the madness in our selection of Danny Ings (£8.4) as a viable contender.

The most crucial factor behind this nomination is that Southampton are one of just two sides who play twice in gameweek 25, hosting Chelsea before a meeting with an often defensively suspect Leeds at Elland Road.

Ings looked sharp without returning in defeat to Newcastle earlier this month before scoring a brilliant goal against Wolves last time out, the 28-year-old beginning to hit form once more as he bids to win his place in the England squad for this summer’s European Championship.

Southampton were unfortunate to come away with nothing from their clash with Wolves after being the better side for much of the contest and Ralph Hasenhüttl will hope his side’s fortunes are about to turn ahead of their GW25 double-header.

FPL Podcast: The best chip strategies for the double and blank gameweeks

Bruno Fernandes (£11.5) seems to be an ever-present in this weekly feature but it is difficult to ignore the continued brilliance of the Manchester United midfielder, returning nine points in GW24 to extend his lead as the highest-scoring FPL asset.

Fernandes has returned 33 points across his past three fixtures and will be confident of adding to that tally this weekend, as the Red Devils host a Newcastle side bereft of several senior stars through injury and struggling near the foot of the division.

Steve Bruce’s depleted side were abject in losing at Chelsea last weekend and there will be few anticipating anything other than a straightforward home win, whilst Fernandes is so often the architect behind the best performances from Ole Gunnar Solskjaer’s side.

Fernandes has now scored 14 league goals for the campaign with only Mohamed Salah netting more, whilst his nine assists are the third-highest figure in the division. That leaves him second in the Premier League for direct goal involvements.

The 26-year-old remains perhaps the safest captaincy option in FPL and has the perfect cocktail of form and fixtures to continue rewarding his huge ownership in GW25.

Fantasy Premier League: 20 of the best FPL team names you should use this season

Raphinha vs Wolves (A) and Southampton (H)

Looking for a differential option as your captain this week? Then look no further than Raphinha (£5.4).

The Brazilian has quietly gone under the radar as one of the most consistent FPL assets of recent weeks, netting attacking returns in each of his past five league fixtures including an assist in Leeds’ 4-2 defeat at Arsenal last weekend.

The 24-year-old’s price has risen this week as managers have flocked to get Leeds assets ahead of their double gameweek, though he remains priced at just £5.4m and in just five percent of FPL squads.

Raphinha has now scored four goals and provided five assists in just 15 league starts, though interestingly five of those goal involvements have come in his past five appearances with the winger in fine form at present.

Just one double-digit return this season hints at a player whose point scoring is rather more steady than spectacular, but Raphinha has the form and fixtures to be a brilliant differential captaincy in gameweek 25.