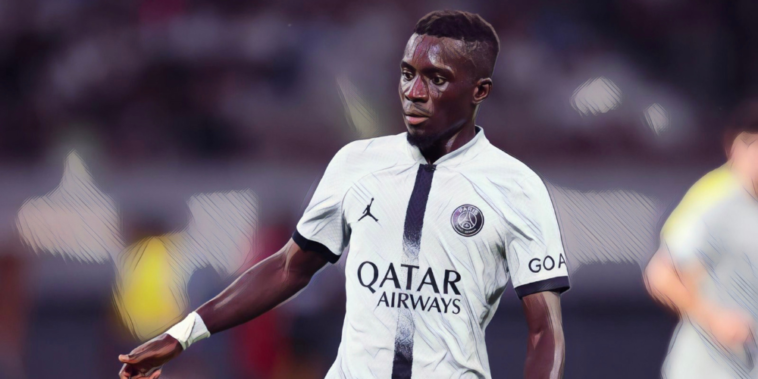 Everton are closing in on a deal to re-sign Idrissa Gueye from Paris Saint-Germain with the club optimistic about securing the midfielder’s return.

Frank Lampard wants to improve his midfield options before the closure of the transfer window and Everton are in negotiations with PSG over a deal for Gueye, who is free to leave the Parc des Princes this summer.

Gueye left Everton to sign for PSG in a £30m deal in 2019, having made 108 appearances across his three seasons at Goodison Park.

The 32-year-old has since won two Ligue 1 titles among his honours at PSG and formed part of the Senegal side that won the Africa Cup of Nations in 2022.

Fabrizio Romano is reporting that the deal for Gueye will be a permanent move and the player is understood to be keen on a return to the Premier League.

Gueye ranked above the Premier League’s most prolific tacklers during his previous spell in English football, leading the division for tackles in 2016/17 and ranking second across both the following campaigns.

The midfielder was named as Everton’s joint-Player of the Season during his final campaign with the club and could become the Toffees’ fourth signing of the summer, following deals for James Tarkowski, Ruben Vinagre and Dwight McNeil.

Read – Five ‘second spells’ that failed to work out