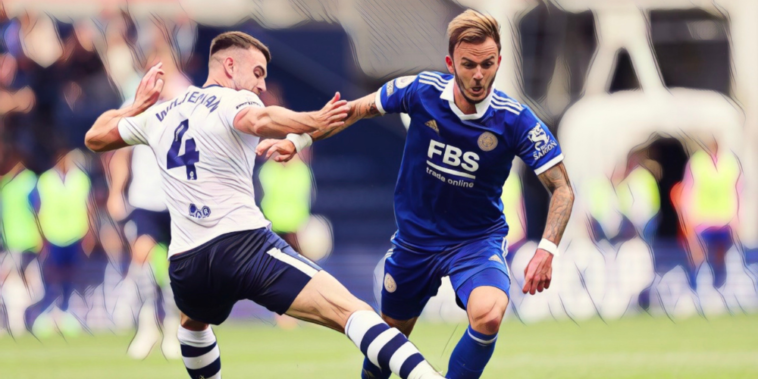 Brendan Rodgers has dismissed talk that James Maddison could leave Leicester this summer, following an approach from Newcastle for the midfielder.

Newcastle are understood to have had a £40m offer turned down for the 25-year-old, who was named as the Foxes’ Player of the Year after an impressive campaign in 2021/22.

The Magpies are believed to be considering raising their bid for Maddison, who scored 18 goals and provided 12 assists in 53 appearances for Leicester last season.

However, Leicester boss Rodgers has warned Newcastle off making a second approach for the one-cap England international. Speaking following Leicester’s 1-0 friendly win over Sevilla, Rodgers insisted that Maddison is not for sale despite the interest from St James’ Park.

“He’s still very much a player here. You see his performance, you see how happy he is and he’s not a player we want to sell,” Rodgers told BBC Radio Leicester.

Wesley Fofana has also been linked with an exit from Leicester with Chelsea considering an approach for the defender, while Kasper Schmeichel is subject of interest from Nice.