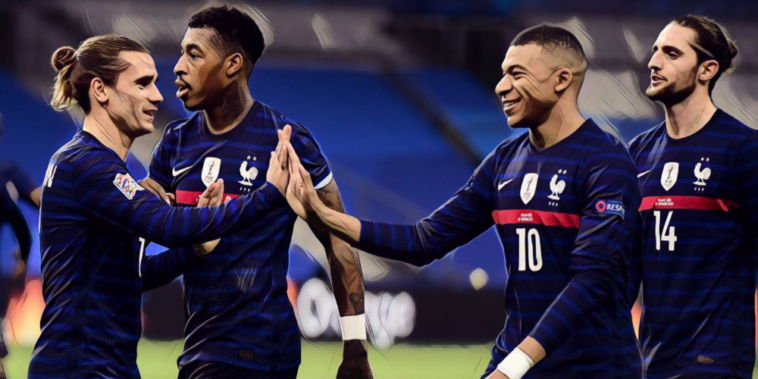 Euro 2020’s ‘Group of Death’ features world champions France, holders Portugal and perennial contenders Germany, with Hungary bidding to more than make up the numbers against three of the continent’s giants.

Hungary face a daunting draw in the nation’s second successive European Championship appearance, qualifying through the play-offs after defeating Bulgaria and Iceland.

Marco Rossi took charge of the side following their failure to qualify for the World Cup three years ago and has overseen an impressive period pre-Euro 2020, Hungary currently unbeaten in their past 10 international fixtures.

RB Leipzig duo Peter Gulasci and Willi Orban are the most recognisable names in the squad, whilst captain Adam Szalai offers an experienced option leading the side in attack.

The Hungarians – who most often operate in a 3-4-2-1 formation – have been dealt a major blow after Dominik Szoboszlai was deemed not fit enough to travel, the promising midfielder having not represented RB Leipzig since a January transfer from Red Bull Salzburg.

The 20-year-old has been touted as one of the most exciting young footballers in Europe and was crucial to Hungary’s qualification for Euro 2020, scoring the stoppage-time winner as Iceland were beaten in the play-offs.

Portugal arrive at Euro 2020 as holders and in possession of one of the tournament’s most formidable frontlines, Fernando Santos’ side spearheaded by the evergreen Cristiano Ronaldo.

Ronaldo needs just one more goal to become the leading scorer in European Championship history outright, another accolade the 36-year-old closes in on with his 104 international goals the highest ever scored by a European player and five short of the all-time global record.

Supported by a stellar supporting cast including Joao Felix, Bruno Fernandes and Manchester City trio Bernardo Silva, Ruben Dias and Joao Cancelo, Portugal have options right across the pitch and will be confident of progressing despite their difficult draw.

Qualification proved inconsistent and challenging with Portugal finishing as runners-up to Ukraine, though Santos’ side have lost just one of their past 13 internationals – a 1-0 loss to world champions and Group F opponents France.

Portugal have fluctuated between 4-4-2 and 4-3-3 systems in recent months, with Andre Silva – who scored 28 league goals for Eintracht Frankfurt to outscore Erling Haaland in the Bundesliga – competing for a role to partner Ronaldo alongside Felix and Liverpool’s Diogo Jota.

The reigning world champions start Euro 2020 as favourites to win a second successive major tournament and it is not difficult to see why – the French possessing an embarrassment of riches throughout their squad and the experience to once again go all the way.

Finalists at Euro 2016 before winning the World Cup two years later, this is a fine period in France’s history and their squad for this summer’s tournament is arguably stronger than each of those two previous campaigns.

Hugo Lloris continues to captain the side in goal and has an array of defensive options ahead of him, with Raphael Varane expected to be partnered by Presnel Kimpembe at centre-back, though emerging Sevilla star Jules Koune makes an intriguing alternative after making his debut this month.

Paul Pogba and N’Golo Kante make up the tournament’s strongest midfield axis, providing a perfect blend of athleticism, creativity and relentless industry with each having been instrumental in France’s World Cup triumph.

France’s greatest strength comes further forward however, and Kylian Mbappe remains the jewel in Les Bleus‘ crown. The Paris Saint-Germain forward became the first teenager since Pele to score in the World Cup final three years ago and has gone from strength to strength since that tournament, finishing as the leading scorer in Ligue 1 in each of the past three campaigns.

Mbappe’s presence – alongside Antoine Griezmann and the returning Karim Benzema – will strike fear into opposition sides this summer and France will take some stopping in their bid to cement a legacy and match the side that won consecutive major tournaments in 1998 and 2000.

History tells us it would be foolish to write off the Germans at any major tournament, though expectations have certainly been lowered for Die Mannschaft following some inconsistent results in recent years.

An embarrassing group-stage exit at the 2018 World Cup remains fresh in the memory, as does a 6-0 thrashing by Spain in the Nations League and March’s 2-1 home defeat to North Macedonia in World Cup qualification – Germany’s first qualification defeat in almost two decades.

Joachim Low will step down from his position at the end of Euro 2020 with the World Cup-winning coach calling time on his 15-year reign, the 61-year-old having attempted to revamp his squad in recent years by handing more prominent roles to several younger names.

Low has made the decision to recall Thomas Muller to the squad however, having previously seemed to call time on the Bayern Munich forward’s international career.

Muller has finished as the leading assist provider in the last two Bundesliga seasons and brings experience, quality and major tournament experience, the 31-year-old adding to the nation’s attacking options alongside Leroy Sane, Kai Havertz, Timo Werner and Serge Gnabry, the latter boasting an impressive record of 16 goals in just 22 caps.

Toni Kroos, Ilkay Gundogan and Joshua Kimmich represent a collection of some of the best midfielders in Europe and will play a major role in Germany’s chances, with Low’s side beginning their campaign with a huge clash against France.