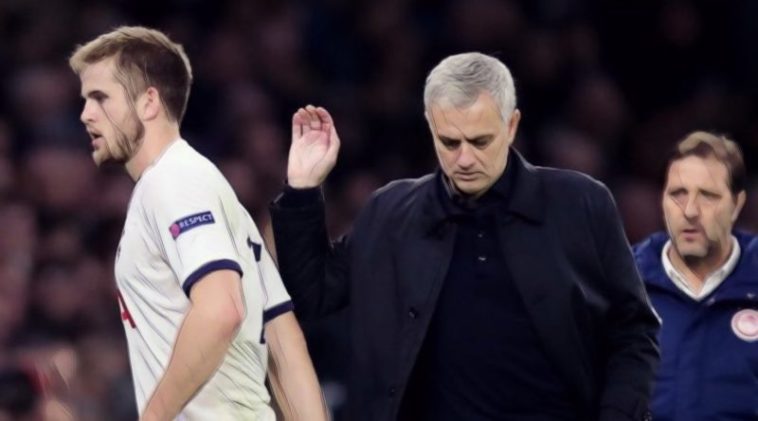 Jose Mourinho insists Eric Dier is ready to play ahead of Tottenham’s trip to Burnley, following the midfielder’s angry midweek confrontation with a fan.

The England international was involved in an altercation with a member of the home support following Spurs’ midweek FA Cup defeat to Norwich City on penalties, climbing over the pitch side hoardings and into the stand to confront a fan who had ‘insulted’ him.

The FA are investigating the incident and it remains to be seen whether the 26-year-old will be punished, though Mourinho insists he has no concerns over playing Dier ahead of tomorrow’s trip to Turf Moor.

“I don’t think there is any reason for him not to be in the right frame of mind,” Mourinho told Sky Sports News on Friday.

“He played two fantastic matches. He played in a back three against Wolves and a back four against Norwich. He showed me things I couldn’t probably imagine if I had taken over in July.

“I know already what he can do in these positions, so this is crucial information for me. He played so, so well.

“What happened (after the Norwich game) was clear, almost nothing happened so I think he is ready. Because he is one of these players that was not playing (much before I arrived) so he has to play tomorrow.”

Spurs travel to face Sean Dyche’s in-form side looking to put a worrying run of form behind them, the north London side having failed to win in each of their past four fixtures in all competitions.

“We are sad, but we are positive, and that’s the way it has to be.

We have our problems, and I’m not going to repeat them because people know and some people are tired of me repeating the problems we have.

“But we are positive and I have nothing to complain about the players in terms of their attitude and passion they put into everything we do.

“I think it’s fantastic to learn a lot from my players in such a difficult period. We stick together, we have no problems, we fight together.

I can imagine in a good period, with no injuries and bad luck, with different preparation and better results, how strong a group we can be.”

See Also: The greatest shocks in the history of the Premier League