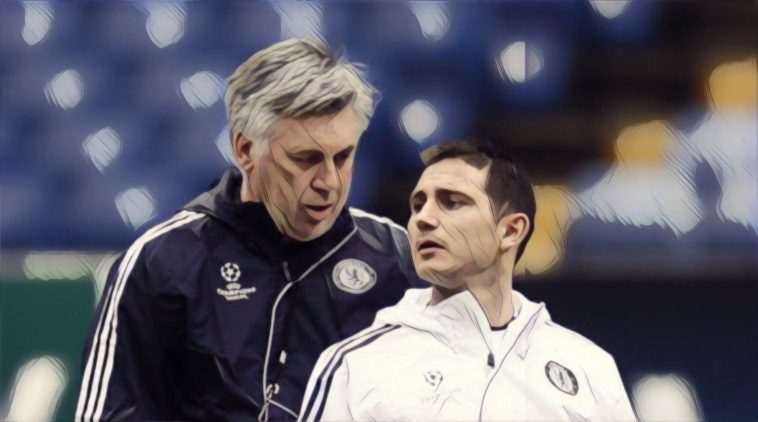 Frank Lampard says he is looking forward to the return of “gentleman” Carlo Ancelotti as Chelsea prepare to host Everton at Stamford Bridge this weekend.

Ancelotti returns to South West London as manager of the Merseyside club, having enjoyed a successful two-season spell at Chelsea earlier in his coaching career, guiding the club to a domestic double in 2010.

Lampard was part of that team under the Italian before moving into management last year himself, and has backed the Chelsea fans to welcome the returning coach when asked what kind of reception Ancelotti will receive.

“A very good one,” he predicted at Friday’s pre-match press conference. “He’s very well respected in-house and by the fans. He is a gentleman, a fantastic manager. It was a good season (2009-10) under him.

“He’s a great man-manager. On a personal level, he’s great at striking up relationships. He’s good tactically and has a great manner. I kept in touch with him now and again.”

Asked if he was surprised Ancelotti got sacked after his second season, Lampard added: “I wasn’t surprised. This is football and these things happen.”

Chelsea will once again be without the services of Callum Hudson-Odoi against Everton after the winger suffered a setback in his recovery from injury, further aggravating a hamstring problem that has seen him miss the club’s past five fixtures in all competitions.

“Hudson-Odoi had a re-injury and is having a scan later today. It’s tough for him. He wasn’t rushed back.

“He did it training back with us and will be out for longer than first expected.”