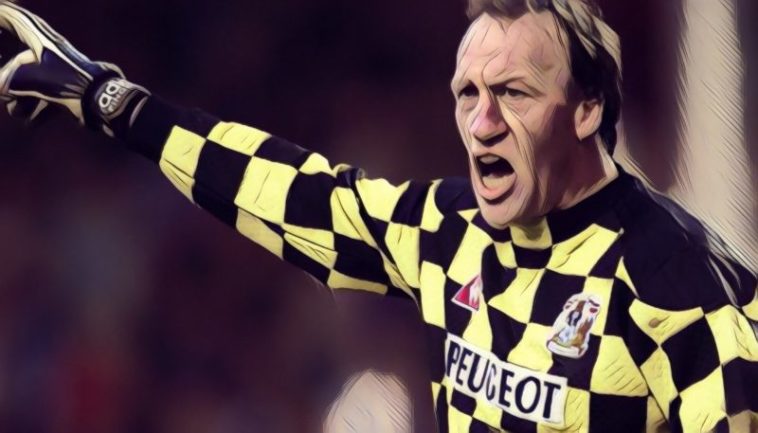 Football can often be unashamedly youth-obsessed. Fans clamour to see the ‘next big thing’, whilst academy graduates are hyped on social media before ever kicking a ball for their clubs.

Whilst youth may be exciting, there’s something rather pleasing about seeing ageing stalwarts continue to perform in a young man’s game. We’ve decided to take a look through the Premier League archives, at five players who defied Father Time.

A salute to the league’s golden oldies.

He made over 350 league appearances in an 11-year spell in the North East with ‘Boro, winning the League Cup in 2004, before a five-year spell at Fulham.

As he entered his twilight years he moved to Chelsea and then Leicester as experienced back-up, being part of title-winning teams at both clubs despite barely featuring.

He made his last appearance for the Foxes aged 42 before retiring in 2016.

Few Premier League players have been as evergreen as US goalkeeper Brad Friedel, who seemed to get better with age over a distinguished career in English football.

Having failed to establish himself in three seasons at Liverpool, Friedel moved across the North West to Blackburn where he became one of the finest goalkeepers in the division.

He won the League Cup in 2002 and was named in the PFA Team of the Year in 2002/03, before bringing an eight-year spell at Ewood Park to an end with a move to Aston Villa.

Three seasons at Villa before a further five followed at Tottenham, with Friedel eventually retiring aged 42 in 2015.

He is now head coach at MLS side New England Revolution.

Another goalkeeper (you’ll spot a theme here), Steve Ogrizovic featured in the Premier League during his spell at Coventry City.

Pre-Premier League he began at Chesterfield before failing to make an impact at Liverpool due to the presence of Ray Clemence and Bruce Grobbelaar, moving on to Shrewsbury Town.

He signed for Coventry City in 1984, and made over 500 league appearances for the club before retiring in 2000.

Ogrizovic’s affinity with the club continues, where he is now goalkeeper coach, having held a variety of coaching roles at Coventry since his retirement.

He made his last appearance for the Midlands club aged 42 years and 236 days. Veteran.

Best known for an 11 year spell at Watford, Chamberlain made 247 league appearances during his spell at Vicarage Road.

The goalkeeper had spells at all three Merseyside clubs, though never made an appearance for either Everton or Liverpool, whilst another loan spell at Chelsea also brought zero league appearances.

Chamberlain is currently goalkeeper coach at Watford after retiring in 2007 following a career at nine English clubs, making his final Premier League appearance at the age of 42 years and 327 days.

John Burridge holds the distinction of being the oldest player in Premier League history, appearing for Manchester City at the grand old age of 43 years and 163 days.

Burridge’s career began way back in 1969 at Workington, before finally hanging up his gloves nearly 30 years later after a spell at Blyth Spartans in 1997.

Inbetween, the goalkeeper had spells at the likes of Aston Villa, Crystal Palace, Newcastle and Manchester City, making his final Premier League appearance in 1995.

Whilst the career of a goalkeeper tends to last longer than your average outfield player, it will take some effort to beat Burridge’s landmark as the Premier League’s greatest golden oldie.