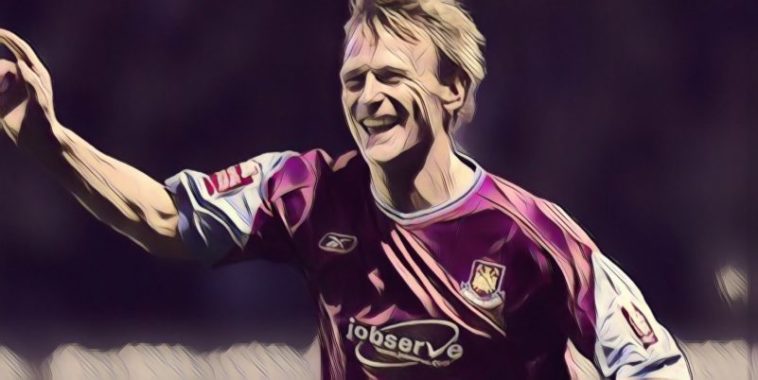 Football can often be described as a ‘young man’s game’, though no one thought to tell the golden oldies on this list.

The physical nature of the Premier League makes it difficult for aging stars to compete, though there are several veterans who’ve shown they still have what it takes in the very twilight of their careers. We’ve had a look through the archives to find the very oldest to get themselves on the score sheet.

A career predominantly spent in the lower leagues, Graham Alexander developed a reputation as a penalty specialist during spells at the likes of Scunthorpe United, Luton Town, Burnley and Preston North End.

Having remarkably played in all 61 league and cup games as Burnley were promoted to the Premier League in 2008/09, Alexander was rewarded with a new deal and finally got his chance to play at the top level.

Burnley were relegated following just one season, though not before Alexander made his mark. The full-back scored several penalties throughout the season, with a brace netted from the spot against Hull City making him the 5th oldest goalscorer in Premier League history.

Having come through non-league, ‘Psycho’ enjoyed a distinguished career earning 78 caps for England.

He played the majority of his career at Nottingham Forest, before winding his career down with spells at Newcastle United, West Ham and Manchester City.

Pearce developed a reputation as a fearsome striker of the ball, and he produced the trick one last time in the Premier League during his spell at Upton Park with West Ham.

The goal came in a 3-2 win for the Hammers over Southampton in 2000, with Pearce just shy of his 39th birthday.

Few players have enjoyed as evergreen a career as Manchester United legend Ryan Giggs, who broke through as a teenager in 1990 before retiring aged 40 in 2014.

The most decorated player in English football history, Giggs evolved and adapted his game to maintain his success at the very highest level.

He began as a flying winger, before later playing more centrally utilising his excellent passing range as his legs began to slow.

In 2013, he marked his 999th senior appearance for club and country with a goal at QPR, and catapulted himself into this list of the Premier League’s oldest goal scorers.

Enjoying a nomadic career after leaving Hull City in 1995, Dean Windass rejoined his local side aged 38 in 2007.

He scored the only goal with a stunning volley in the 2008 Championship final as Hull earned promotion to the Premier League, and despite his 40th birthday fast approaching returned to the top flight.

He made just five Premier League appearances that season, but hit the mark a final time with a late header in a 2-2 draw at Portsmouth.

The goal was initially debated as to whether it was an own goal from Portsmouth defender Noe Pamarot, though Windass claimed it and a place in the history books was his.

The only player in Premier League history to score a top-flight goal after their 40th birthday, Teddy Sheringham was a fine goal scorer during a lengthy top flight career.

Sheringham enjoyed successful Premier League spells at Tottenham (twice), Manchester United, Portsmouth and West Ham, with his 146 Premier League goals ranking him as the 11th-highest scorer in the division’s history.

His milestone came on Boxing Day 2006 with a goal in West Ham’s 2-1 home defeat to Portsmouth, extending his own record as the league’s oldest ever goal scorer.

Sheringham also holds the appearance record for the oldest Premier League outfield player, with neither landmark likely to be surpassed soon.