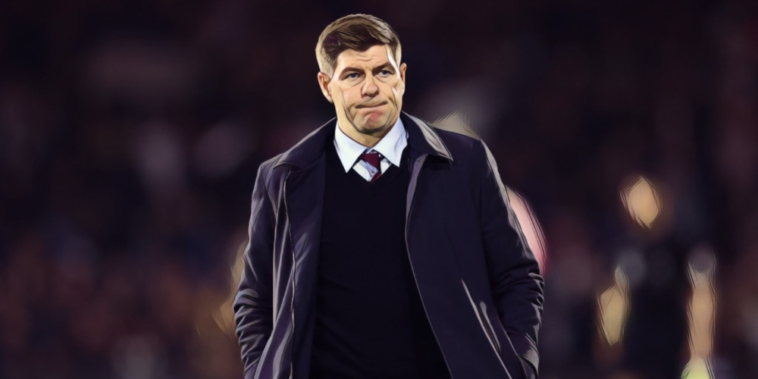 Jurgen Klopp was full of praise for Darwin Nunez after the forward proved the match-winner in midweek, his excellent header the difference between the teams in Liverpool’s 1-0 win over West Ham at Anfield.

Nunez was a threat all evening in arguably his most encouraging performance to date, also striking the post during a 57-minute cameo that saw the 23-year-old fire six shots at goal. Klopp claimed the Uruguayan ‘had arrived’ as a Premier League player following the win over West Ham and will hope the summer signing can continue to be at the centre of Liverpool’s performances.

Darwin Núñez clocked up a top speed of 38 km/h vs. West Ham – the fastest any player has been recorded in the Premier League ⚡️ pic.twitter.com/3fxwYPCIFY

Nunez has found himself a target for social media vultures and while there is no doubt his game must be somewhat refined, he is a footballer who causes constant problems for opposition backlines with raw pace and power.

So far, he has averaged a goal or assist every 86 minutes in the Premier League this season, a number that could have significantly swelled with greater composure in the final third.

His magnetic ability to fashion chances is hugely encouraging however, with no player coming close to his average of 7.37 shots per 90 mins. Erling Haaland (4.71) and Aleksandar Mitrovic (4.30) are closest to him.

Lampard needs Calvert-Lewin back to his best

Everton are beginning to slip down the Premier League table and goals are an issue for Frank Lampard’s side.

Three consecutive defeats have brought an abrupt end to a six-game unbeaten run and have left Everton 15th in the division, just one point above the relegation places in a congested bottom half.

Lampard has improved Everton defensively with the shrewd summer arrivals of Conor Coady and James Tarkowski, each possessing Premier League nous and leadership qualities. No side has conceded less goals than Everton in the bottom half, but their problems are further forward with a return of just eight goals from 11 games.

Frank Lampard wants to see improvements in the forward areas in his team now that Dominic Calvert-Lewin is back pic.twitter.com/M859eBbr8A

The return of Dominic Calvert-Lewin could not have been more timely for Lampard, who is at risk of coming under pressure should recent results fail to improve. The England international has been plagued with fitness issues across the past 18 months, but started his first game of the season in the 1-0 defeat at Newcastle.

Richarlison’s departure has left Everton without goal threat in Calvert-Lewin’s absence and Lampard will hope the forward can find form – and quickly – as the Toffees look to avoid another dogfight.

Roberto De Zerbi is still awaiting his first win as Brighton boss, with the Seagulls winless in four games since the Italian replaced Graham Potter.

An entertaining 3-3 draw at Liverpool in De Zerbi’s first game has appeared a false dawn, as familiar flaws from Potter’s tenure have resurfaced. Brighton are an impressive outfit who can dominate Premier League opponents, but their wastefulness around goal has been problematic for several seasons.

Brighton have averaged just a goal-per-game across their five seasons in the Premier League and the Seagulls are without a goal in their past three games. That scoreless streak has come despite 54 shots and an xG of 4.53 goals, a remarkable statistic which paints a clear picture of their shortcomings.

Brighton haven't scored a single goal from their last 54 shots… ❌

This weekend the club travel to face Manchester City, a team who have won 12 consecutive games on home soil in all competitions. Their seven this season have seen 31 goals scored, while Pep Guardiola’s team will be looking to become just the second side to win ten top-flight games in succession on home soil.

No side can better City’s xGA (expected goals against) figures this season and Brighton must take whatever chances come their way to have any chance of a positive result at the Etihad.

The old adage warns that you should never go back.

There was little of that warning when Ronaldo rejoined Manchester United in the summer of 2021, with fanfare greeting the return of a club great.

Even given the debate that surrounded Ronaldo’s impact on a long-term plan at Old Trafford, there were many who credited his goals last season – 24 in all competitions – with preventing even greater decline. The picture is altogether different now.

Having agitated for an exit in the absence of Champions League football during the summer, Ronaldo’s presence has become a problem. Not part of Erik ten Hag’s best side, he has instead become an unwelcome distraction to the pleasing progress on the pitch. His reported refusal to come on as a substitute against Spurs – coupled with an early departure down the Old Trafford tunnel – has led to his suspension for this weekend’s clash with Chelsea and leaves his future up in the air.

Ronaldo’s public comments that ‘sometimes the heat of the moment gets the best of us’ is unlikely to appease fans frustrated with his antics. A parting of ways looks probable, but where does Ronaldo go from here?

Where next for Aston Villa?

Aston Villa announced the sacking of Steven Gerrard in the immediate aftermath of a dismal defeat at Fulham, with the 3-0 loss at Craven Cottage the club’s sixth defeat in just 11 Premier League games.

Gerrard becomes the fourth Premier League manager to leave this season and departs after just 11 months in charge. Almost a year after his appointment, there was little sign of a defined system that suited the squad and results continued to decline as Gerrard chopped and changed his team.

Villa’s ambitious owners now face a major decision on his replacement, as the club look to realise ambitions of a return to Europe. Mauricio Pochettino and Thomas Tuchel have been named as ambitious targets, but whether the club can attract either coach remains to be seen.

Thomas Frank has also been named as a potential candidate, a manager whose data-led recruitment has seen Brentford rise and rise despite losing key personnel. Progress on the pitch and healthy financial figures are the kind of credentials that will appeal to a Villa side looking to head in a new direction.

Faes proving his worth for Foxes

Leicester are off the bottom of the Premier League after a crucial 2-0 win over Leeds, with a Robin Koch own goal and Harvey Barnes’ effort earning the Foxes all three points.

Brendan Rodgers will hope his side can gain momentum and climb away from danger, given just three points separate 19th-placed Leicester and West Ham in 13th. An encouragement for the Foxes has been the recent performances of Wout Faes, who was excellent in the win over Leeds and continues to adapt to the division.

Leicester's only outfield signing of the last two transfer windows looks a solid one. 💪 pic.twitter.com/q0XC3KisBj

Much was made about Leicester’s lack of summer recruitment, but the defender is appearing a sensible signing as Rodgers looked to replace Wesley Fofana.

The 24-year-old has added an authoritative presence to the Leicester backline, while his front-footed manner of defending has been the foundation of three clean sheets in the club’s past four fixtures. That kind of solidity has rarely been associated with Rodgers’ side in recent months.

Newcastle impressive at both ends of the pitch

Newcastle’s defensive record has been praised this season and rightly so, with Eddie Howe – a coach not renowned for a defensive reputation upon arrival at St James’ Park – having shored up the side.

The Magpies have conceded a league-low of just nine goals across their 11 games and kept a fifth clean sheet of the campaign against Everton in midweek – the joint-most in the Premier League this season.

“It’s a strange one because defending and attacking go hand in hand,” Howe said earlier this week. “I had this reputation of not being a good defensive coach, and I didn’t particularly like that.

“But that’s not to say we’ve drastically changed our method and approach. When I had my break I went away and looked at everything I was delivering, and one of the things I thought was that our defensive record at Bournemouth wasn’t very good. There are reasons for that but you have to be very self-critical.”

Newcastle’s approach has been far from shut up shop, however, with the underlying statistics pointing towards sustained success. From an attacking perspective, only Manchester City and Liverpool can better the club’s figures for xG (expected goals), with Newcastle having marginally underperformed from their chances created this season. Their xG figure (20.33) is higher than league leaders Arsenal (20.30).

David Moyes said West Ham are heading in the right direction last week and a narrow defeat at Liverpool is unlikely to have altered that stance.

The Hammers were unfortunate to come away from Anfield with nothing and Declan Rice admitted he felt ‘sick’ that the club’s strong second-half performance counted for little.

West Ham host Bournemouth this weekend, the first in a largely winnable set of fixtures that run through til late January. The presence of a World Cup sandwiched in between adds a sense of unpredictability to the Premier League season, but there’s no doubt that Moyes will be targeting fixtures with the Cherries, Crystal Palace (H) and Leicester (H) for maximum points before the season’s pause for Qatar.

That maximum return might just be required if the Hammers are to fulfil ambitions of competing for continental football once again.