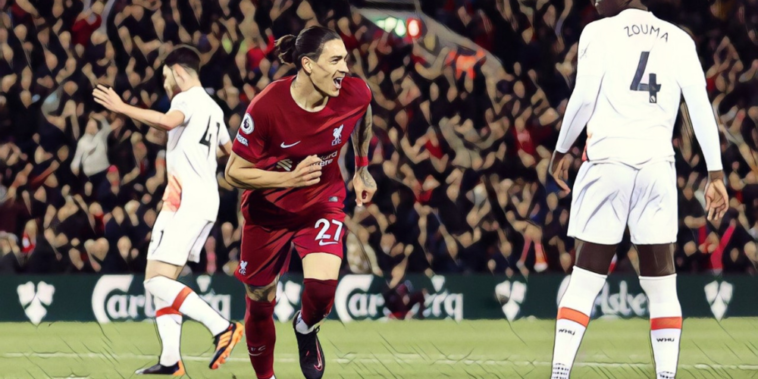 Jurgen Klopp believes Darwin Nunez ‘has arrived’ after an impressive performance in Liverpool’s 1-0 win over West Ham at Anfield.

Nunez scored the decisive goal as Liverpool made it back-to-back Premier League wins, with the forward meeting Kostas Tsimikas’ cross with a well-placed header.

It was an encouraging performance from the summer signing, who has now scored on each of his last three starts for the Reds, and Klopp believes Nunez has now arrived as a Liverpool player after a period of adaptation.

“His movement was excellent. He’s only 23 and we’re really excited about him. He has arrived, 100 per cent.”

Nunez – who has averaged a goal involvement every 86 minutes in the Premier League so far this season – was at the centre of the action and had six shots on goal across his 57 minutes on the pitch. His pace, power and work-rate saw his name chanted around Anfield, with Klopp revealing a tightness of the hamstring was behind the Uruguayan’s early withdrawal.

“I was just a bit concerned about long sprints for him and balls where he stretches his legs,” Klopp said. “I thought, ‘Come on, we cannot take that risk’, and that’s why we changed. I think we caught it at the right moment.”