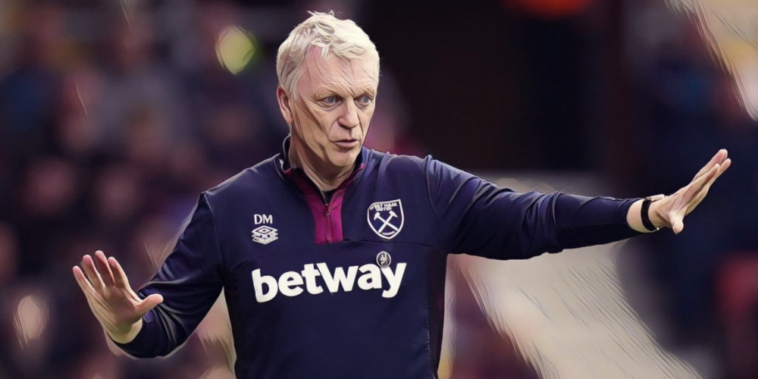 David Moyes says West Ham are heading ‘in the right direction’ and has provided team news ahead of the club’s clash with Liverpool.

West Ham travel to Anfield on Wednesday evening looking to extend their unbeaten record in the Premier League to four games, following an upturn in results after a difficult start to the campaign.

Liverpool responded to their own recent struggles with a win over Manchester City on Sunday and Moyes is anticipating a difficult challenge against a ‘top team’.

However, he believes he has a squad capable of challenging near the top of the division and believes West Ham are a side headed in the right direction.

“I think everybody is quite aware they [Liverpool] will be close to the top end of the league. There are a top team,” Moyes told his pre-match press conference.

“I’m confident that if we can play well and get our best players on the pitch we can compete there. I said last year we wanted to be competitive against the best teams and I think we were.

“I do think that we’re beginning to go in the right direction, but I saw Sunday (1-1 at Southampton) as a little bit of a blip as it was a game I thought we should have won.

“We did have to go into the game with only Thilo [Kehrer] as a recognised centre back and that was similar to the opening three or four games of the season, which had an impact on us.”

West Ham have not won at Liverpool since 2015 and Moyes believes the trip to Merseyside is among the hardest tests in world football.

“Probably in football terms, it is as hard a place as any in the world to go. Probably the best manager in the world [Pep Guardiola] has found it very difficult to get a result there.”

A strike worth saluting 🫡

Moyes also discussed Jurgen Klopp’s red card at the weekend, after the Liverpool manager was sent off for angrily confronting the linesman during the Reds’ win over City. The Hammers’ boss insists it is important that coaches respect the officials, but insists he hopes Klopp is allowed to take to the touchline on Wednesday evening.

“First thing, I hope he is in the opposite dugout,” he said. “You want to compete against the best.

“We all have great respect for referees. I hope they will understand that for 90 minutes we can lose our heads a little bit.

“For 90 minutes or so, it becomes a really emotional game. Sometimes, you can change your character from what your true character is. And actually, if you look at the incident he got angry about, he was correct wasn’t he?”

“Kurt [Zouma] has done a little bit of training but we don’t know if he’ll be right yet,” he said. “Craig Dawson, we’re not sure about, so not much change from where we were on Sunday.

“Maxwel [Cornet] will probably start training this week but he’s not quite there yet.”

West Ham are short of options at centre-back ahead of the clash, though Moyes provided a positive update on the fitness of Nayef Aguerd. The defender signed for the club from Rennes in a £30m deal during the summer, but is yet to feature after suffering an ankle injury in pre-season.

However, Moyes confirmed that the Moroccan is close to returning and he is expected to feature before the break for the World Cup next month.

“It’s really good news that Nayef is on his way back because we bought him in as a key player for us,” Moyes said.

“He’s started training, not fully integrated yet, but is getting closer to playing. I think he’ll definitely feature before the World Cup.”