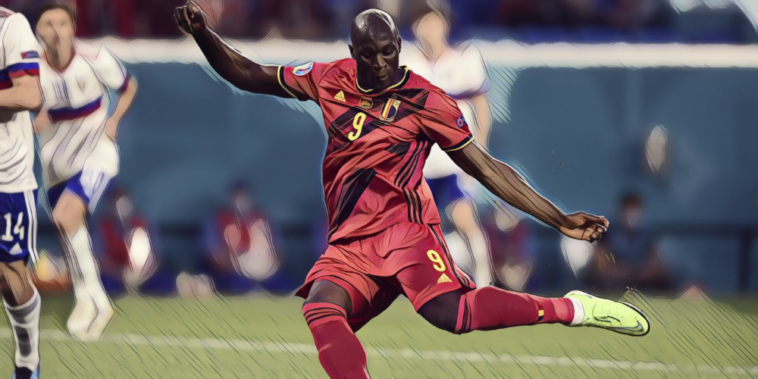 Euro 2020 is here and it’s been an unforgettable opening weekend of action, with wins for the likes of England, Belgium and Italy, some stellar showings, and a reminder of what really matters.

Following the opening round of fixtures we’ve decided to pick out some of the tournament’s leading performers, here are eight players who shone during the Euros opening weekend.

Embolo demonstrated just why he can be Switzerland’s leading threat at Euro 2020 during their group stage opener against Wales, the forward menacing throughout with his blend of pace and power.

The Borussia Monchengladbach forward was unfortunate not to score with a surging run and fierce hit that was stopped by Danny Ward, though opened the scoring from the resulting corner with a well-taken header, after man-handling Connor Roberts before meeting Xherdan Shaqiri’s corner.

Embolo’s goal was his first at a major tournament and just his sixth in 43 caps for Switzerland, though the 24-year-old has the raw attributes to trouble any side and will hope to inspire the Swiss’ progression ahead off fixtures with Italy and Turkey.

Italian hopes of going under the radar as potential dark horses for the tournament were all but ended following their opening fixture, with Roberto Mancini’s side continuing their recent renaissance with a fine performance in the Euro 2020 curtain raiser.

Italy are now unbeaten in 28 games across all competitions following a 3-0 win over a Turkey side many had predicted to do well this summer, a Merih Demiral own goal followed by efforts from Ciro Immobile and Lorenzo Insigne.

Insigne was one of a number of strong performers for the Azzurri, though key to their success was left-back Leonardo Spinazzola who was involved throughout.

The 28-year-old was afforded far too much time and space and combined brilliantly with Insigne down the left flank, posing problems for a Turkish defence who were overwhelmed by a side playing with supreme confidence at present.

Spinazzola was a constant outlet throughout and created openings with his forward running, his parried effort leading to Immobile’s goal as Italy got off to a perfect start with their biggest ever win at a European Championship.

Wales battled valiantly to a hard-fought draw with Switzerland in their Group A opener, with Kieffor Moore the hero after heading home an equaliser to rescue a point.

The 28-year-old was playing non-league football just four years ago, but arrived at Euro 2020 with a brilliant glancing header to continue the best season of his career.

Moore signed for Cardiff in a £1.5m deal last summer and has proven a bargain buy with 20 Championship goals, whilst he has risen to the challenge of playing international football with six goals in just 18 caps to date.

The towering forward was a threat throughout for Wales and forced Yann Sommer into a superb save with a first-half header, before getting across his man to power home the leveller after Breel Embolo’s opener for the Swiss.

Moore’s hulking frame also proved crucial defensively with the forward first to several Swiss set-pieces, his performance – alongside that of goalkeeper Danny Ward – rewarding Robert Page’s faith and ensuring Wales have a strong chance of reaching the last 16.

Austria’s leading light led his side to a first major tournament win in over three decades, as Franco Foda’s side defeated debutants North Macedonia 3-1 to get their Euro 2020 campaign up and running.

Alaba has featured in a variety of positions at international level, but started the clash at the centre of a three-man defence and marshalled his side superbly before stepping in to a more advanced position.

It was the 28-year-old’s cross that was turned home by Michael Gregoritsch to put the Austrians back ahead after Goran Pandev’s equaliser, securing Austria’s first ever European Championship win.

Alaba was unsurprisingly the best player afield, the defender a multi-functional world-class talent and an absolute steal for Real Madrid following their free transfer capture of the star this summer.

Questions were asked about Gareth Southgate’s team selection ahead of England’s clash with Croatia, the inclusion of an out-of-sorts Raheem Sterling and two defensive midfielders puzzling many from the outside.

Declan Rice is established as England’s first-choice for an anchor role, with Kalvin Phillips starting the Wembley clash with a point to prove.

Phillips was excellent throughout and the Three Lions’ best player during their 1-0 win, the first time England have ever won their opening fixture at a European Championship.

The Leeds midfielder was given a greater licence to push forward than Rice and showcased the different aspects to his game, pressing the Croatia midfield intensely and providing the assist for Sterling’s winning goal with a driving run.

There were perhaps few including Phillips in their starting side as England’s tournament began, but few are now disputing his worth to the team following a strong opening performance for Gareth Southgate’s side.

Romelu Lukaku started Euro 2020 as one of the favourites for the Golden Boot and took an early lead for the accolade following Belgium’s 3-0 win over Russia, scoring a brace to get Roberto Martinez’s side off to a fine start in Saint Petersburg.

The Inter Milan forward opened the scoring after capitalising on a defensive mistake, before celebrating with a tribute to club teammate Christian Eriksen following his frightening collapse in Denmark’s defeat to Finland.

Lukaku raced away to net his second of the evening in clinical fashion, with the Russian defence providing the Belgian with opportunities he was never likely to squander.

26 goal involvements in his past 19 appearances for Belgium. pic.twitter.com/SBgOF7hwuD

The 28-year-old has enjoyed a career-best season at Inter Milan and looks set to fire Belgium’s charge at Euro 2020, Lukaku a footballer at the peak of his powers at present and a nightmare for opposition defences to handle.

It’s now 40 goals in his past 38 appearances at international level, an incredible ratio for even one of the world’s best out-and-out number nines.

After failing to qualify for each of the past two major tournaments, all eyes were on the Dutch as they edged Ukraine in a thriller on Sunday evening.

The Netherlands scored twice in quick succession during the opening stages of the second half to take a comfortable lead, only to be pegged back as Ukraine levelled courtesy of goals from Andriy Yarmolenko and Roman Yaremchuk.

Denzel Dumfries’ header secured a winning start for the Dutch, who were led by a fine performance from stand-in captain Georginio Wijnaldum.

Wijnaldum has been an unsung hero of the Liverpool side over the past five seasons with his best work often going under the radar, but at international level the midfielder is tasked with providing drive and genuine goal threat.

The 30-year-old burst forward to follow up a rebound and open the scoring with a first-time finish into the roof of the net, his 23rd international goal and 15th in his past 23 appearances for the Oranje.

Wijnaldum had earlier forced Heorhiy Bushchan into a smart save with the game goalless and retained possession in signature style throughout, his departure from Liverpool this summer a major blow for Jurgen Klopp and a significant gain for Paris Saint-Germain.

Denmark’s 1-0 defeat to Finland paled into significance given the health scare surrounding Christian Eriksen, the midfielder’s collapse amongst the most distressing images seen within the confines of a football pitch.

Huge, huge credit must go to the medical staff on hand to react to what was a terrifying situation, as does the role of referee Anthony Taylor and the players involved.

Denmark captain Simon Kjaer led by example and deserves the utmost praise for his involvement in the incident and aftermath, the defender reacting rapidly to the situation to aid Eriksen, before calling quickly for the medical staff once the severity of the situation had been realised.

The 32-year-old cleared Eriksen’s airways and started initial CPR, before calling for his teammates to provide a shield around the Inter Milan midfielder as medics attended to the stricken star.

When Christian Eriksen collapsed on the pitch, Kjær was first to help him and summon the medical team to quickly get onto the pitch. After, he guided his teammates to cover Eriksen while he received medical treatment and consoled Eriksen’s wife Sabrina.

Kjaer also consoled Eriksen’s distraught partner pitch side during a frightening situation and his actions could well have saved the life of his teammate and friend.

Kjaer deserves admiration for his action and our thoughts go out to Eriksen and his family as he continues his recovery.