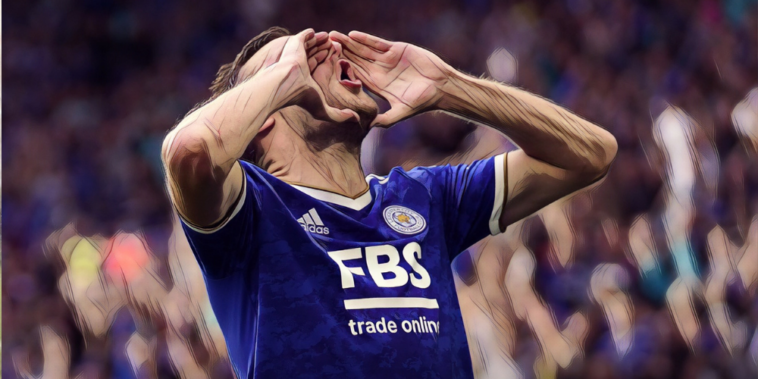 It’s tempting to believe that sh**housery has been stamped out of the modern game, with red cards brandished without a second thought for the merest rake down a calf or an ‘accidental’ follow-through.

These days, the likes of Ron ‘Chopper’ Harris and Norman ‘Bite yer legs’ Hunter would probably play about ten games a season, suspended for the rest.

But then a simple enquiry on Twitter, asking for the most aggravating players in the Premier League, saw so many nominated that it quickly became apparent that we are in fact living in a golden age of rascals and wind-up merchants; that villainy still very much exists in top-level football. It’s just that the miscreants responsible have adapted their misbehaviour.

Celebrating this, here are the eight worst – or should that be best? – wrongdoers who are upholding a fine, long-standing tradition, and sending opposition fans into a frenzy of spittle and fury.

Full disclosure: This was originally a list of seven scoundrels, but a late flood of votes for the Leicester hit-man got us thinking of Vardy’s goal celebrations, especially designed to annoy opposition supporters. After scoring against Wolves, Albert Steptoe’s love-child howled like a wolf. Against Crystal Palace he flapped his arms like an eagle in flight.

Jamie Vardy doing the ‘prancing bird’ celebration in front of fans who support a team nicknamed ‘The Eagles’ is peak shithousery 😂😂pic.twitter.com/sa6TXQhCSY

Factor in too his propensity for leaving a trailing leg in the penalty area – and referees falling for it every single time – and Vardy is a shoo-in. His antics may be transparent and wholly lack subtlety or nuance, but they work a treat.

The Brazilian is the undisputed king of the tactical foul though you’d have to really delve deep into the archives to find any example of him going in late or maliciously. It’s all pulls and trips and ever-so-convenient ‘coming togethers’ when a break is on.

The Manchester City star is unquestionably not a dirty player, just extremely cynical, and with heavy reluctance his detractors must concede that he is unerringly good at it, knowing exactly how far he can test an official’s patience.

Seeing the 36-year-old nurse a yellow through to the final whistle by always putting doubt into referee’s minds as to the intention of his misdemeanours is truly a masterclass to behold.

You’ll find a Robertson in every flat-roof pub in the UK, looking for a scuffle for no discernible reason other than to pass the time. The combative Scot is aware of a universal truth that rubbing people up the wrong way is pure fun, and such hijinks has been had at Lionel Messi’s expense, pushing his head into the Anfield turf during a Champions League game when the ref wasn’t looking, while his celebrating of a late Liverpool winner against Leicester included a purposeful elbow-nudge on Ayoze Perez that directly led to a melee involving both teams. A pretty despicable kick-out at Everton’s Allan meanwhile means he’ll forever receive a hot reception at Goodison Park.

When Liverpool succumb to the dark arts you can be certain Robertson is front and centre and that’s probably just as Jurgen Klopp likes it because no team has ever won silverware without possessing a thoroughbred git. That’s another universal truth right there.

Richarlison was the obvious initial choice when we cast our gaze on Merseyside but how can the Colombian defender possibly be overlooked: a player who doesn’t so much go into battle as unleash psychological warfare on his opposing number. This he does every game, every week.

Commanding and impenetrable on his day, Mina’s footballing acumen is sufficient to frustrate the best forwards around. But ideally too, he also wants them broken, questioning the ways of the world. Frankly, we’re here for that.

The towering German could start a row in an empty elevator and has plenty of previous for picking fights with team-mates and opponents alike. From goading to physically man-handling players half his size because a well-timed tackle is plain boring, nothing is off the table and all is fair in war.

Antonio Rudiger has got Atletico Madrid on strings 🤭 pic.twitter.com/N4mOoc6O9F

To put his divisive nature in full context we need only reference former Chelsea defender Frank Leboeuf who said recently of the challenging centre-back: “He’s a bit like Diego Costa when he was playing for Chelsea. He was hated by the rest of the world and that’s the same now for Rudiger because the guy is amazing in defence, he’s a nasty player but when he plays for your club you love it.”

The disparity in how the Korean striker is viewed by Spurs fans and the media compared to how the rest of us perceives him could not be any starker.

Read any cutting on the 29-year-old and it’s akin to a fanzine puff-piece. He is the nicest guy in football. He is adored by all, not least in his native South Korea where he is little short of a megastar. He can do no wrong.

Yet this doesn’t tally at all to the numerous incidents that have seen Son sent off, a record three times in 2019 alone. Not even Roy Keane or Duncan Ferguson managed that.

For the first one hundred occasions when Zaha became embroiled in controversy the jury remained out. Perhaps the Palace flyer was consistently hard done by? Perhaps referees did not give this talented creative any protection against brutish defenders seeking to stop him by fair means or foul?

Maybe all of the above explained and excused Zaha’s persistent diving, and leaving his foot in for 50/50s, and constantly quarrelling with officials? Maybe.

After years of grimacing at wingers getting kicked from pillar to post it’s genuinely refreshing to see one give it back. It’s the perception of Zaha as an innocent bystander 101 times and more that grates.

Manchester United have produced some outstanding sh**houses down the years, a track record they can justifiably be proud of. Then the Portuguese stat-padder came along and took that sense of aversion to a whole new level.

From his propensity to roll around as if shot from the slightest brushing of his fragile ego, to his flat-track bullying of inferior sides only to vanish into thin air when facing anyone of quality, Fernandes could test the zen of a Buddhist monk.