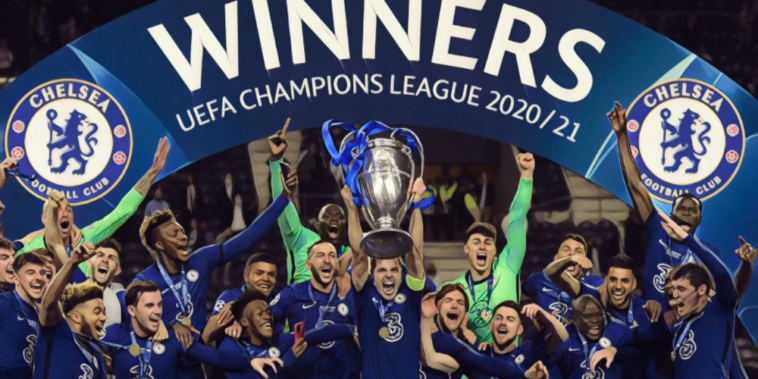 Premier League clubs have enjoyed huge success in the Champions League in recent seasons, with England’s elite once again expected to challenge for club football’s biggest prize in 2021/22.

Two of the previous three finals have been been all-English affairs, with Chelsea the reigning champions after emerging victorious in last season’s showpiece against compatriots Manchester City.

So for those of you who follow the latest Premier League predicted lineups for every match, we look at how the bookmakers assess each Premier League club’s chances of winning the Champions League.

Liverpool boast recent pedigree in the competition after reaching successive finals in 2018 and 2019, winning the latter against Tottenham to secure a sixth Champions League title.

Jurgen Klopp’s side were eliminated in the quarter-finals against Real Madrid last season, but with the likes of Virgil van Dijk, Joe Gomez and Joel Matip back from long-term injury, will be confident of making an impression this season.

The Reds have however been drawn in a challenging group, facing Spanish champions Atletico Madrid, Porto and AC Milan in one of the most difficult-looking draws.

None of those sides will represent an easy night’s work for Liverpool, who will need to be at their best in the early stages of the competition to secure progress.

Klopp has lost just two two-legged European ties since becoming Liverpool manager in 2015, whilst few teams will relish the trip to a capacity-crowd Anfield given the Reds’ history on European nights under the lights.

Raphael Varane and Cristiano Ronaldo won the trophy four times each at Real Madrid and bolster a Red Devils’ side looking to make an impact on this season’s competition.

Ole Gunnar Solskjaer’s side have failed to progress beyond the quarter-finals since last reaching the final in 2011, but are better equipped than any period across the past decade to reach the latter stages.

Ronaldo returns to Old Trafford as the leading scorer in Champions League history and the five-time Ballon d’Or winner has promised to make more ‘history’ during his second spell with the club.

Success in Europe would be some way to start.

Last season’s winners, Chelsea caused a surprise to be crowned as European champions in 2021.

Thomas Tuchel oversaw a remarkable turnaround after succeeding Frank Lampard in January, with the German’s switch to a back three system and emphasis on Chelsea’s defensive strength resulting in the ultimate success.

The west Londoners head into this season’s competition in a stronger position than last term, having addressed their need for a recognised centre-forward with the £97.5m arrival of Romelu Lukaku from Inter Milan.

Saul Niguez’s deadline day move from Atletico adds further quality and depth to the club’s midfield, though it is the Blues’ ability to grind out clean sheets that will make them formidable opposition.

Chelsea have registered 21 shut-outs in the 33 games since Tuchel’s appointment as head coach, their pursuit of a second successive Champions League trophy set to be mounted on solid foundations.

Pep Guardiola’s record in the competition has been questioned in recent campaigns following a series of disappointing exits, but City’s run to the final last season indicates any mental barriers over two-legged ties have been overcome.

City boast arguably the most talented squad in Europe and will once again be contenders this season, where they will face fellow favourites Paris Saint-Germain in the group stage – the one team priced at lower odds than the Premier League champions to lift the trophy.

Jack Grealish has arrived in a £100m deal to improve last season’s squad, though the failure to sign a recognised centre-forward has raised question marks.

However, few will expect City to have problems advancing to the latter stages despite a difficult group containing PSG, RB Leipzig and Club Brugge, their search for an elusive European Cup appearing to get ever closer.