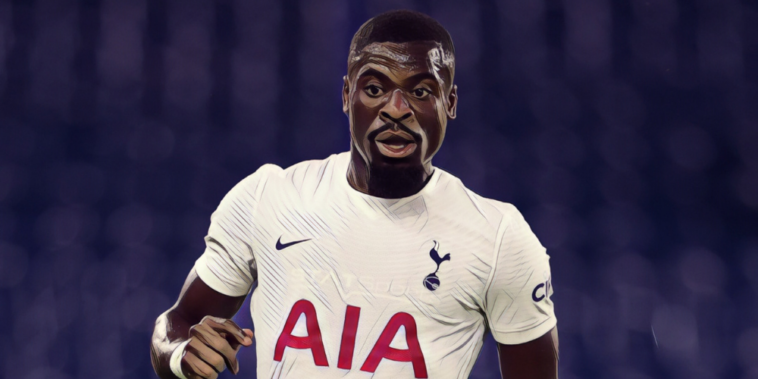 Arsenal are being linked with a shock move for Serge Aurier following his release by Tottenham.

Aurier is a free agent after agreeing a mutual termination of his contract at Spurs on deadline day and the right-back is keen to remain in the Premier League upon his departure from north London.

Arsenal have now emerged as a potential destination for the Ivory Coast international who is understood to be open to a move to the Emirates, with Sky Sports reporting that the Gunners have been informed of Aurier’s interest in cross the north London divide.

Spurs had been open to offers for the 28-year-old during the summer with bids from France, Russia and Turkey arriving, but after no suitable approaches were made a decision was made to mutually terminate the player’s contract with a season remaining on the deal.

A move to Arsenal would see Aurier become one of a select few players to represent both clubs, though the Gunners deadline day signing of Takehiro Tomiyasu has lessened the need for a right-back with Cedric, Ainsley Maitland-Niles and Calum Chambers also amongst Mikel Arteta’s options.

Watford have also been linked with the Ivorian, having signed former Spurs teammates Danny Rose and Moussa Sissoko during the summer transfer window.