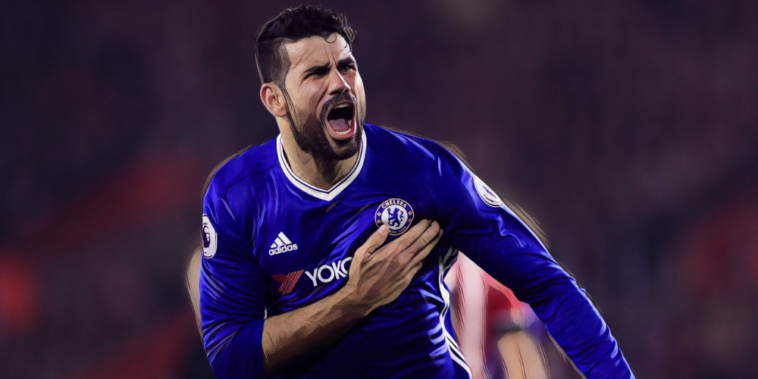 Chelsea meet Atletico Madrid in the second leg of their Champions League last-16 clash this week, with the west London side holding a narrow advantage from their first meeting last month.

Several players have previously adorned the colours of both clubs, but perhaps none have been as influential or memorable as Diego Costa.

Costa enjoyed two prolific spells in the Spanish capital either side of a three-year spell in the Premier League with Chelsea, a period which delivered two league titles as the forward flourished as the Blues’ battering ram in attack.

The Spain international scored 52 goals in just 89 league appearances for the west Londoners, though his lasting legacy is perhaps of a forward who revelled in the dark arts of the game.

Costa was a fine finisher and a constant menace to the division’s best defences, a player unafraid to ruffle feathers and one who took the art of shithousery to whole new levels at Stamford Bridge.

Ahead of this week’s Champions League clash between his two former sides, rewind and take a look back at some of Costa’s finest moments in a Chelsea shirt.