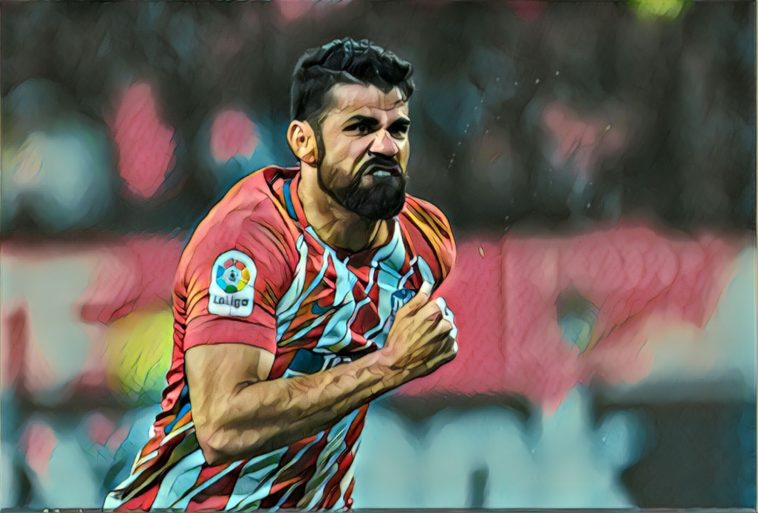 Chelsea face Atletico Madrid in the first leg of their Champions League last-16 encounter this evening, the west Londoners facing a difficult task against the current Spanish league leaders.

It promises to be a fascinating match-up between Diego Simeone’s notoriously resilient side and a Chelsea team making encouraging progress in the early weeks of Thomas Tuchel’s reign at Stamford Bridge.

Throughout the years several notable names have adorned the colours of both clubs and, ahead of tonight’s meeting, we’ve decided to look back at the players to have represented both sides.

Chelsea secured the signing of Jimmy Floyd Hasselbaink in a Premier League record £15m deal from Atletico Madrid in 2000, the deal equalling the fee that Newcastle had spent to secure Alan Shearer four years earlier.

Hasselbaink had starred during a previous spell in the Premier League at Leeds – winning the Golden Boot in 1998/99 – before heading to the Spanish capital following a contract dispute at Elland Road.

Despite scoring 33 goals in all competitions during his debut campaign he was unable to prevent Atletico slipping to a shock relegation, moving to Chelsea after just a single season and becoming an instant hit at Stamford Bridge.

The Dutchman won a second Premier League Golden Boot during his first season in west London and netted 87 goals in just 177 appearances across four seasons with the club, Hasselbaink becoming a firm fans’ favourite given his prolific goal record and penchant for the spectacular.

Gronkjaer spent four seasons with Chelsea after signing from Ajax in 2000, becoming the most expensive Danish footballer of all-time after signing in a £7.8m deal from the Dutch side.

The winger’s speed and direct style saw him produce several memorable moments but he struggled for consistency, moving on to Birmingham City before short spells at both Atletico and Stuttgart.

Gronkjaer, however, will always be fondly remembered after scoring the decisive goal against Liverpool that secured Chelsea’s qualification to the Champions League in 2002/03, a goal which paved the way for Roman Abramovich’s transformative takeover at Stamford Bridge.

Mateja Kezman arrived in the Premier League with a burgeoning reputation following a prolific spell at PSV Eindhoven, scoring 105 league goals in just 122 appearances for the Eredivisie outfit before moving to Chelsea alongside teammate Arjen Robben.

Whilst the latter would thrive and develop into one of world football’s finest, Kezman struggled to make an impact and scored just four league goals during a disappointing debut season with the west London side.

He was allowed to leave for Atletico Madrid at the end of the season but his fortunes failed to significantly improve during just one season in Spain, the Serbian never recapturing the form of his PSV heyday.

Tiago arrived as one of a number of Portuguese imports during Jose Mourinho’s first summer in charge of Chelsea, forming part of the side which won a first league title in 50 years during his sole season at Stamford Bridge.

After spells with Lyon and Juventus he signed for Atletico in 2010 on an initial loan and would enjoy a successful seven-year spell in the Spanish capital, winning a wealth of silverware including both La Liga and the Europa League.

He moved into coaching with the Spanish side and had a short stint as assistant manager before a brief spell in charge of Portuguese outfit Vitória S.C.

The second successive Portugal international to feature on this list, Maniche made a limited contribution to Chelsea’s 2005/06 title success after signing on loan from Dynamo Moscow over the second half of the season.

He fared somewhat better during three seasons at Atletico Madrid before departing following a fall-out with manager Abel Resino and won 52 caps at international level, though is hardly remembered with huge fondness at either club.

There are few players held quite so highly in the affections of Atleti’s feverish support, Fernando Torres having risen through the club’s ranks to become a beacon of hope for a struggling side shortly after the turn of the millennium

Torres was named as Atletico captain whilst still a teenager and quickly established himself as one of the most exciting talents in Spanish football, scoring 82 league goals in 214 appearances before moving to Liverpool in 2007.

The Spanish striker became one of the world’s finest forwards during a prolific spell on Merseyside, netting 65 times in 102 appearances before a controversial British transfer-record move to Chelsea.

Torres struggled under the weight of expectation at Stamford Bridge and failed to find his previous goalscoring form, though played an important role in the club’s Champions League and FA Cup successes in 2012.

After an indifferent spell with the Blues he returned to a hero’s welcome at Atletico, via a loan spell at AC Milan, and won his first piece of major silverware with his boyhood side after lifting the Europa League in 2018 before finishing his career in Japan.

Winner of the World Cup and two European Championships as Spain’s third-highest scorer of all time, Torres achievements ensure he enjoys iconic status in the eyes of the Atleti faithful.

Another player who enjoyed two spells with Atletico either side of a stint at Chelsea, full-back Luis formed part of the Spanish side’s 2013/14 title-winning vintage before moving to the Premier League.

He won a Premier League title during his sole season with the Blues but often found himself on the periphery, returning to Atletico and spending a further four seasons in Spain.

The Brazilian made 333 appearances across all competitions for Atletico and won six trophies, in addition to reaching Champions League finals in both 2014 and 2016.

Signed by Chelsea as a teenager as part of the club’s global scouring of the world for emerging talent, the novice goalkeeper was sent on loan to Atletico Madrid to continue his development with Petr Cech blocking his path to first-team football.

Courtois spent three consecutive campaigns with Atletico and developed into one of La Liga’s finest goalkeepers, winning the Europa League, Copa del Rey and La Liga during a successful spell in Spain.

He returned to Chelsea and spent four seasons as the club’s number one, winning two league titles and completing a full set of domestic honours with FA Cup and League Cup winners’ medals.

The Belgium international moved to Real Madrid in 2018 and is currently embroiled in a fierce title race with his former employers across the capital.

If ever there was a player who represented the Diego Simeone era at Atletico Madrid then it is Costa, a snarling and bullish forward presence who led the line superbly at the height of the club’s success under the Argentine.

The relative late bloomer was a key figure in the club’s title-winning campaign in 2014 after scoring 36 goals in all competitions, his form attracting Premier League interest with Chelsea securing his signing in a £32m deal.

Costa scored 52 goals in just 89 league appearances for the west Londoners and won two league titles across a three season spell, before returning to Atletico Madrid to reunite with Simeone in Spain.

His second spell proved less successful, however, as he managed just 12 league goals before departing the club by mutual consent last month.

Falcao is one of a number of high-profile names who saw their reputation somewhat tarnished following a difficult spell in English football, struggling during loan spells at Manchester United and Chelsea with the latter seeing the Colombian score just once in 10 league appearances.

It’s worth remembering, however, just what a phenomenon the forward was during his spell at Atletico having arrived in the Spanish capital in a club-record deal from Porto.

Falcao, on occasion, was unplayable as he tormented oppositions sides both at home and in Europe, El Tigre arguably the best number nine in world football at the peak of his powers.

He won the Copa del Rey, Europa League and UEFA Super Cup during his two seasons in Spain, scoring 70 goals in just 91 appearances, and the forward must wonder what could have been had he remained with an emerging Atleti side.

Alvaro Morata’s career has proven a nomadic one with spells at a succession of Europe’s elite, turning out on both sides of the Madrid divide alongside two stints at Juventus and a spell at Chelsea.

All this, however, without truly convincing as a regular goalscorer and the Spain international has managed 15 league goals just once in his career to date.

Morata signed for Chelsea in a £60m club-record deal in 2017 but after a bright start quickly began to falter, struggling with form and confidence and becoming a much-maligned figure at Stamford Bridge.

He left for Atletico Madrid and scored 22 goals in 61 appearances across two seasons, before once again finding himself on the move with a return to Juventus during last summer’s transfer window.