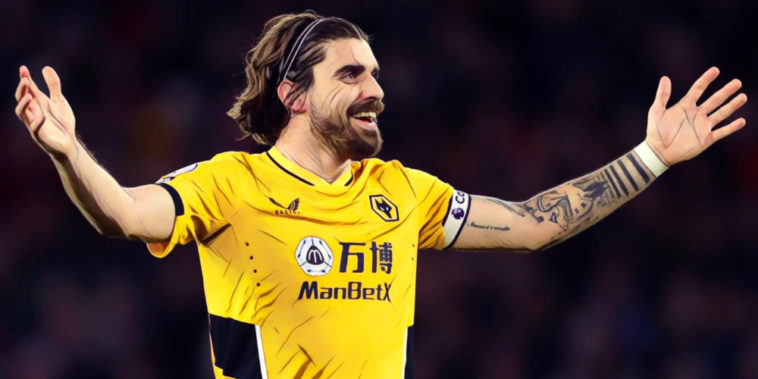 Midfielders are tasked with running the rhythm of a game and the finest boast a varied passing range, comfortable both setting the tempo with short passes and moving the ball quickly over long distances.

An ability to switch the play is often sought in deep-lying midfielders, a long pass which is used to change the point of attack and find space on the flanks.

We’ve decided to look at the five Premier League midfielders who switched the play most often last season.

Rodri was a stand-out performer in Manchester City’s title-winning team last season, with the midfielder having raised his game to new levels following a period of adaptation in the Premier League.

Operating at the base of City’s midfield, Rodri was often the conduit of the club’s possession-based game with the Spaniard willing to take possession in tight areas and progress the ball forward.

Rodri and Thiago pinging the ball to each other on the volley is so satisfying to watch 😍 pic.twitter.com/TYdInoeaA3

The 26-year-old’s range of passing included long switches out wide to the likes of Jack Grealish and Riyad Mahrez, with no City midfielder executing more than his 103 switches of play last season.

Alongside his tempo-setting passing and off-the-ball defensive importance, Rodri also contributed seven league goals – several of them vital – in a campaign in which he emerged as one of Europe’s leading midfield anchors.

Joao Moutinho has added a touch of elegance to the Wolves midfield since his arrival from Monaco in 2018, with the veteran continuing to provide evergreen class at Molineux.

The 35-year-old recently signed a new one-year deal with the club after featuring prominently under Bruno Lage last season, making 35 league appearances for a Wolves team who competed for a place in Europe for much of the campaign.

The day we welcomed Joao Moutinho to the club!

Moutinho’s midfield axis with compatriot Ruben Neves has been the foundation for Wolves’ recent success in the Premier League and his 106 switches were joint-third among top-flight midfielders last season.

Moutinho remains a part of the Portugal set-up at international level and is the second highest appearance maker in the national side’s history behind Cristiano Ronaldo, having earned his 146th cap during June’s fixtures.

Bruno Fernandes was level with international teammate Moutinho, with the Manchester United midfielder having made 106 switches last season.

Fernandes has been at the centre of the Red Devils’ football since arriving from Sporting Lisbon and the 27-year-old is often tasked with providing the creativity in the side.

Fernandes’ involvement saw him rank second at United for shots (89) and shots on target (29) last season, while his 88 chances created were more than double the total managed by any other teammate.

James Ward-Prowse is one of the Premier League’s elite technicians, though there is more to the Southampton midfielder than his set-piece specials.

A fine passer of the ball, his 116 switches of play ranked Ward-Prowse second among midfielders in the Premier League in 2021/22.

James Ward-Prowse says he needs to improve on his goals from open play but won’t reveal any secrets of what he’s been working on over the summer. 🤐 pic.twitter.com/zCnNhDsCIp

The 27-year-old has been tentatively linked with an exit from St Mary’s this summer, but the Saints will be determined to keep hold of their club captain and most influential footballer.

Last season the midfielder scored ten goals and provided a further five assists, form he will hope to take into the new campaign as he bids to make England’s World Cup squad.

Ruben Neves led the Premier League for switches last season, having executed 123 long passes out to the flanks.

Neves has starred as the metronome of the Wolves midfield across the past five seasons and his performances have attracted interest from rival sides, with Manchester United among those considering a summer move for the 25-year-old.

Having broken into the Porto side as a teenager before captaining the club in the Champions League, Neves might view this as the right time to depart for a club in continental competition.

Should he make the move to Old Trafford, he will provide a touch of poise and range of passing that has been sorely lacking in the Red Devils’ midfield for some time.