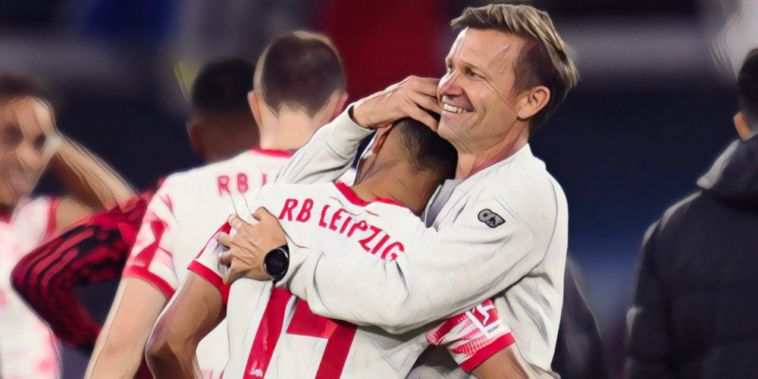 The transfer window can be full of pitfalls for Premier League managers, each of whom are looking for accurate judgement to construct a successful squad.

Often the safest purchases, of any form, are those tried and tested beforehand and this summer has seen several top-flight bosses raid rival sides for familiar faces.

There’s a number of Premier League managers who have signed former players during the current window, reuniting with stars who have served them well in the past in the hope for similar results at their new clubs.

Here are five Premier League managers who have signed former players this summer.

Mikel Arteta might be in his first senior management role at Arsenal, but the Spaniard has gone for familiarity when conducting the Gunners’ transfer business this summer.

Arteta’s coaching career began on the backroom staff at Manchester City, where he developed his skills under the watchful eye of Pep Guardiola.

Arteta won two Premier League titles, an FA Cup, and two EFL Cups during his time at City and in search of trophy-winning experience has raided his former side for summer signings.

Gabriel Jesus was the first player to swap the Etihad for the Emirates, joining in a £45m deal. The Brazilian has headed to north London in search of regular first-team football and has made an immediate impression across the club’s pre-season campaign.

Oleksandr Zinchenko has since followed Jesus’ path, signing in a £32m deal after six seasons at City. Arteta is understood to possess a strong relationship with both players and will hope the duo can aid Arsenal’s bid to secure a Champions League return this season.

From the moment Erik ten Hag was officially announced as Manchester United manager, there has been a constant stream of speculation linking the Dutchman with signing former players from Ajax.

Ten Hag this week secured a £55m deal to sign Lisandro Martinez from the Eredivisie champions, with the centre-back having been named as Ajax’s Player of the Season in 2021/22.

Martinez spent three seasons under Ten Hag’s management and excelled in the Netherlands, forging a reputation as a combative defender with quality in possession.

An amazing feeling and a huge honour to join @ManUtd! 🔴

I'll do my very best as a Red to achieve together what this great club deserves… can't wait to get started! 👍🏼 #MUFC pic.twitter.com/YAe4vkOBjc

Ten Hag also remains in pursuit of midfielder Frenkie de Jong, who starred in his Ajax team before making a €75m move to Barcelona in 2019.

United agreed a fee with the Spanish side earlier in the summer, but complications regarding Barcelona’s financial situation, unpaid wages, and a reported reluctance from De Jong to depart have stalled a potential deal.

Antonio Conte has re-signed Ivan Perisic this summer, having worked alongside the versatile wideman at Inter Milan.

Conte initially endured a difficult relationship with Perisic upon his arrival at the San Siro, sending the wing-back out on loan to Bayern Munich for the 2019/20 campaign.

Perisic won a treble in Germany before returning to Inter with a ‘different mentality’ according to the Italian, with Conte hailing the change in the Croatian.

Antonio Conte has never failed to win a trophy when spending more than one season at a club:

“We sent Perisic to Bayern because he was not prepared to do the defending work I had asked for. He returned with a different mentality,” Conte said, as per the Evening Standard.

“I asked him the same things as last season, but he showed that he has extraordinary characteristics and needs to believe in himself more. The moment he started doing that, he started to play. He can be even more decisive.”

Wing-backs have been key to the success of Conte’s past sides and in Perisic he has landed one of the most effective in Serie A last season. Even at 33, he remains an all-action presence and provided 15 direct goal involvements in 2021/22.

No manager has signed more former players than Jesse Marsch this summer, with the American in the process of overhauling his squad at Leeds.

The departures of Kalvin Phillips and Raphinha have left huge voids to fill, gaps which Marsch has began plugging with names well-schooled in the brand of football the 48-year-old implemented at various Red Bull clubs.

Brenden Aaronson and Rasmus Kristensen have arrived from Red Bull Salzburg for a combined fee of £34.7m, having won an Austrian domestic double under Marsch in 2020/21.

Tyler Adams also reunites with Marsch, having broken through at New York Red Bulls under Marsch’s management before moving to RB Leipzig, where he worked again under his compatriot last season.

The 23-year-old – who has earned 30 caps for the USA – will be tasked with replacing Phillips at the base of the Leeds midfield. He made 103 appearances across his four seasons in Germany.

Steven Gerrard has looked towards the future with the signing of Rory Wilson this summer, securing a deal for the promising forward after his contract expired at Rangers.

Wilson moves to the Midlands after scoring 49 goals for club and country last season, with Villa having agreed a fee of £350,000 plus add-ons instead of heading to a tribunal to decide the cross-border compensation.

I love the first goal he scores here. Great knowledge of the line,turns on the after burners and points exactly where he wants it:#AVFC #RoryWilson pic.twitter.com/AJjKajmvLU

The 16-year-old – described as ‘potentially one of the best strikers at his age in Europe’ by Scotland u17 manager Brian Mclaughlin – will join the club’s academy ranks and is the first former Rangers player Gerrard has signed since leaving Ibrox.