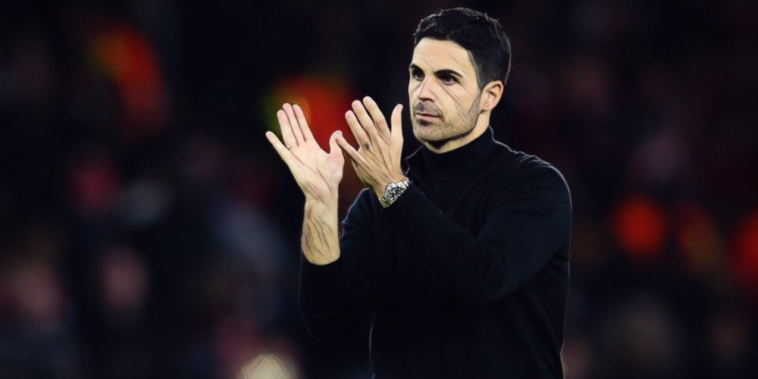 Arsenal are looking to strengthen their squad with a wide forward and midfielder in January, but face a dilemma at centre-forward following Gabriel Jesus’ injury.

Mikel Arteta’s side are five points clear at the top of the Premier League following a brilliant start to the campaign and the Gunners are keen to consolidate their position with new arrivals this winter.

The Athletic are reporting that top of the agenda for Arsenal is a wide forward and midfielder, with Shakhtar Donestsk’s Mykhailo Mudryk on the club’s radar to fill the former role.

Arteta is also keen to add a midfielder to his ranks, in a bid to ease the pressure on Granit Xhaka and Thomas Partey. Palmeiras youngster Danilo has been linked with the Emirates as the Gunners look to add depth to their engine room.

Arsenal, however, face a dilemma after Gabriel Jesus sustained a knee injury at the World Cup. Jesus has returned to London after the tournament-ending issue, sustained during Brazil’s 1-0 defeat to Cameroon last week.

Arsenal are waiting to discover the extent of the issue and could be forced to enter the market for reinforcements, with Eddie Nketiah the sole alternative as an out-and-out centre-forward.

Arteta’s side face a defining run of games in the New Year, with fixtures against Champions League hopefuls Newcastle, Tottenham and Manchester United in January.