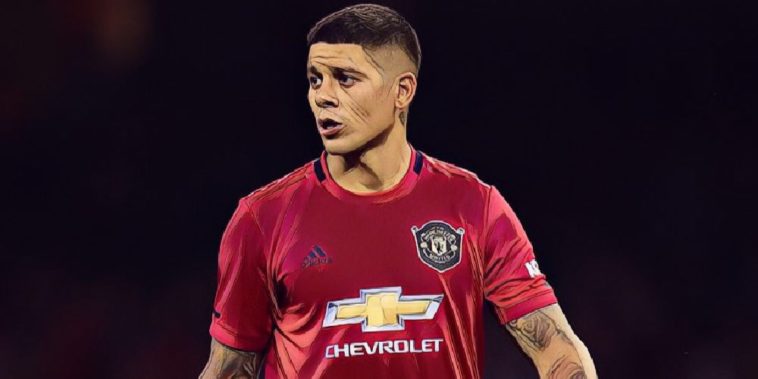 Everton are eyeing a late move for Manchester United’s Marcus Rojo as the club’s search for a defender continues.

Marco Silva’s side are desperate to strengthen their defensive options ahead of Thursday’s transfer deadline, having been frustrated in their efforts to sign several key targets.

Everton are looking to add competition for the likes of Michael Keane and Yerry Mina, having seen long-serving captain Phil Jagielka depart for Sheffield United and Kurt Zouma return to parent club, Chelsea.

Zouma enjoyed a successful loan spell at Goodison Park last season and was thought to be the Toffees’ primary target, but the Frenchman is believed to be part of new manager Frank Lampard’s plans ahead of the new season and looks set to stay at Stamford Bridge.

Zouma’s Chelsea teammate Fikayo Tomori, who impressed in the Championship with Derby last season, was also considered but he is now likely to remain at Stamford Bridge as David Luiz nears a switch to Arsenal.

The Merseyside club also saw a loan bid for United defender Chris Smalling rejected on Wednesday, with Ole Gunnar Solskjaer believed to be keen on retaining the services of the long-serving centre-back.

Rojo’s agent is reported to be at Carrington to hold talks over a potential move, whilst his departure could mean that highly-rated youngster Axel Tuanzebe remains with United for the coming season.

Tuanzebe impressed during a loan spell with Aston Villa last season, and the Midlands side were reported to be interested in bringing the 21-year-old back to Villa Park following their promotion to the Premier League.

Marcos Rojo has arrived at Carrington and is expected to hold talks with Manchester United about a proposed move to Everton. His departure would mean Tuanzebe stays around the first team squad. #mufc pic.twitter.com/pRYJWRWgQQ

However, ESPN are reporting that Everton’s chances of signing Rojo are ‘unlikely’ at this late stage of the transfer window.

“Everton are exploring the possibility of signing Marcus Rojo from Manchester United after being knocked back in their approach for Chris Smalling, with a source telling ESPN FC a deal is ‘unlikely as it stands, but you never know.”

United currently have seven centre-back options at the club following the arrival of Maguire, and it has been reported that they could sanction the sale of Rojo should they receive a fee in the region of £25m.