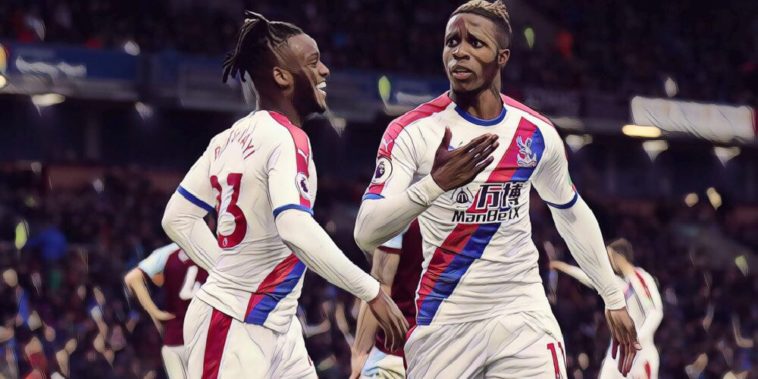 Wilfried Zaha has handed in a transfer request to try to force the move to Everton, who are preparing an improved offer for Crystal Palace star.

Palace have already rejected two approaches from the Merseyside club, the latest being worth £70 million, though the Toffees are set to return with an improved player-plus-cash bid as they seek to seal a deal before Thursday’s transfer deadline.

Everton are hopeful an agreement can be reached, with Sky Sports reporting on Wednesday afternoon that Zaha has now handed in a transfer request after becoming ‘disappointed and disillusioned’ at the situation

They claim that Crystal Palace want £80 million for their star asset, despite Palace chairman Steve Parish previously insisting that he will not be allowed to leave the club this summer.

The transfer window is set to close at 5pm on Thursday, with Everton looking like being one of the Premier League‘s busiest clubs as the deadline approaches.

Marco Silva’s side are desperate to add a midfielder to their squad ahead of the new season, having seen two bids rejected by Watford for Abdoulaye Doucoure.

A late £30m bid for Arsenal‘s Alex Iwobi has also been rejected, whilst the club have also approached Manchester United over a loan deal for defender Chris Smalling.