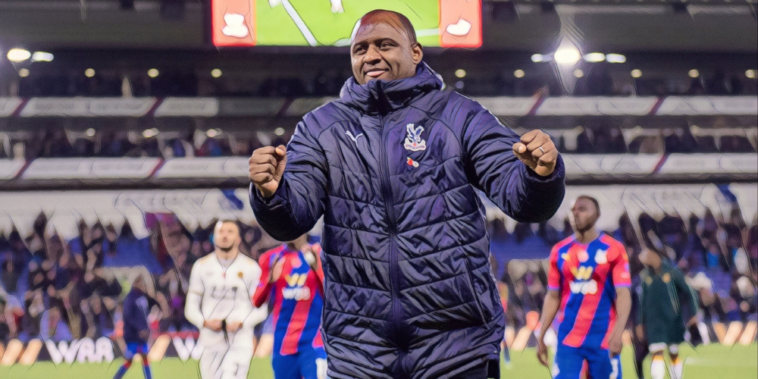 Crystal Palace face Arsenal in the Premier League’s opening fixture of the 2022/23 campaign, as the two London rivals go head-to-head at Selhurst Park.

The Gunners will be hoping to begin the season with a positive result as the club pursue Champions League qualification, but former captain Patrick Vieira and his improving Crystal Palace side will pose a difficult challenge.

Here’s all you need to know about their clash on Friday evening.

Palace have had one of the busier pre-season schedules, with the Eagles having featured in nine friendly fixtures, including clashes against Premier League rivals Liverpool, Manchester United and Leeds.

Vieira’s side have won five, drawn one, and lost three of their pre-season fixtures, while Palace have been in free-scoring form with 22 goals scored. However, high-scoring wins over Millwall (5-4), Ipswich (4-2), Gillingham (3-2) and Montpellier (4-2) indicate there is work to be done defensively.

Crystal Palace manager Patrick Vieira has urged players to continue to take a knee in the fight against discrimination in football. pic.twitter.com/dlqmjRY3kf

Wilfried Zaha has been in fine form around goal and remains with the club despite entering the final 12 months of his deal, while Eberechi Eze’s return to full fitness is a major boost. The 24-year-old has caught the eye in pre-season after missing much of last season through injury.

Five wins from five in pre-season has raised optimism ahead of the new campaign at Arsenal, with the performances of Gabriel Jesus in particular having impressed.

The Brazil international has joined from Manchester City in a £45m deal and has made an immediate impact with seven goals across the Gunners’ pre-season campaign.

Big wins over Sevilla (6-0) and Chelsea (4-0) have increased hopes that Mikel Arteta’s side can build on last season’s improvement and end their Champions League exile this season.

💬 "We are with a level of energy and ambition to have a successful season and we have to show that on the pitch tomorrow night."

🗞 Read every word from the boss' press conference 👇#CRYARS

Having began last season’s campaign with defeat at Brentford in a Friday night fixture, Arteta will be confident his side can show how far they’ve progressed in this season’s cross-capital opener.

Mikel Arteta apologised for Arsenal’s performance after the Gunners were well beaten at Palace in April, a result which proved costly in the club’s pursuit of a top four finish.

Goals from Jean-Philippe Mateta, Jordan Ayew and Wilfried Zaha secured an emphatic win for the Eagles, as Patrick Vieira got one over his former side at Selhurst Park.

Arsenal had won six of their previous seven league fixtures to gain momentum in the chase for the Champions League, but suffered a setback the Gunners failed to truly recover from across the remainder of the season.

“It is time to accept the criticism, put your hand up and apologise because this performance was not good enough for this club, but then react,” Arteta said in his post-match interview.

“From the beginning we were not at the races. When you come here you have to compete, you have to win duels and second balls and be aggressive and we were none of those.”

What channel is Crystal Palace v Arsenal on?

UK and Irish viewers can watch the fixture on Sky Sports Main Event.