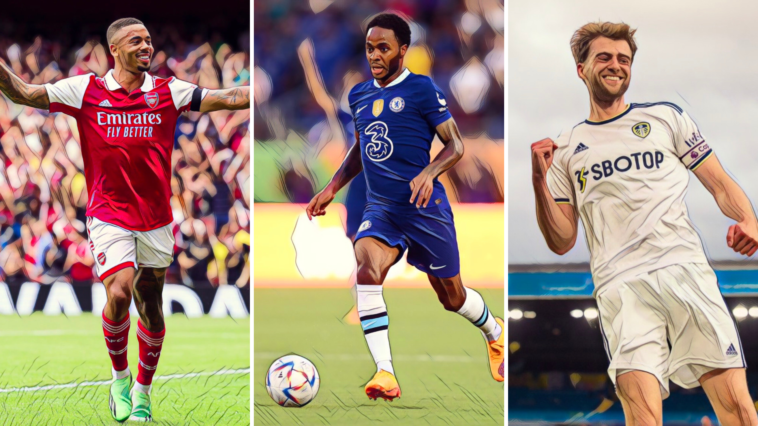 Premier League football makes its much-anticipated return this weekend with the opening fixtures of the 2022/23 campaign.

A new season brings new hope and expectation across the Premier League, with Manchester City the defending champions and looking to continue their recent dominance of the division.

Liverpool are expected to pose the biggest threat to Pep Guardiola’s side, though the likes of Chelsea, Tottenham, Arsenal and Manchester United will all be looking for marked improvement in their bid to challenge at the top end of the division.

Elsewhere, West Ham, Newcastle and Aston Villa have all made eye-catching additions, while Nottingham Forest return to the Premier League for the first time in 23 years

Ahead of the season’s kick-off, we preview each of the 20 Premier League sides, beginning alphabetically from Arsenal to Leeds.

Despite boasting the youngest squad in the division, Arsenal recovered from a shaky start to push for Champions League qualification before a late-season slump saw the Gunners narrowly miss out.

Their youthful side will be better for that experience, while in Gabriel Jesus and Oleksandr Zinchenko the club have added proven quality in key areas of the pitch.

Jesus has been electric in pre-season and will offer a reliable source of goals at centre-forward, while Martin Odegaard has been named as captain and will look to lead an improving side forward.

With the likes of Bukayo Saka, Emile Smith Rowe and Gabriel Martinelli all improving at a rapid rate, alongside further additions of exciting potential in Fabio Vieira and returning loanee William Saliba, Arsenal will be confident this is the campaign that that club can seal a Champions League return.

Aston Villa struggled following the sale of Jack Grealish last summer, with the club’s over-reliance on their former talisman not solved following a trio of signings who each flattered to deceive.

Dean Smith paid for an indifferent start and was replaced by Steven Gerrard, who showed steady if unspectacular improvement across his opening months in charge.

Gerrard’s arrival has, however, brought a pull factor to Villa Park, which saw the likes of Philippe Coutinho and Lucas Digne arrive in January.

Coutinho’s loan has since been turned into a permanent deal in a coup for the club, while both Boubacar Kamara and Diego Carlos are understood to have turned down Champions League interest to join Gerrard’s project.

More will be expected of Danny Ings and Ollie Watkins after modest goal returns last season, but if either – or both – of the forwards can fire this time around, Villa have enough to secure a top 10 finish and potentially push for European football.

Bournemouth return to the Premier League after a two-season absence, with Scott Parker having won the second promotion of his novice managerial career to date.

The task for Parker will now be consolidation, though the Cherries begin the campaign as relegation favourites.

Recruitment so far has been modest for Bournemouth, whose £10m signing of Middlesbrough’s Marcus Tavernier is the club’s sole outlay to date, alongside free transfer additions of Ryan Fredericks and Joe Rothwell.

Lovely link up and a cool finish from Junior 🔥 pic.twitter.com/0J8IGBKWlB

While familiarity could help Bournemouth, there is no doubt a lack of talent proven at the highest level. Much will hinge on the performances of Dominic Solanke, who scored 30 goals in all competitions last season.

The 24-year-old struggled during his previous spell in the Premier League, but two seasons spent among the challenges of the Championship has helped unlock the potential of the Chelsea academy graduate. Should he falter however, goals might be hard to find for Parker and his team.

Brentford were a welcome addition to the Premier League last season and performed above all expectations, with Thomas Frank’s front-footed approach leading to a respectable 13th-placed finish.

However, the Bees were free-falling towards the bottom three before the circumstantial coup of Christian Eriksen’s arrival and the influential midfielder has since signed for Manchester United following a superb six months at Brentford.

Eriksen’s absence will be keenly felt as Brentford look to provide ammunition for Ivan Toney, who scored 12 league goals during an impressive first full season at Premier League level.

"You can see every day in training that we're building up more of a relationship, so it's good to have someone who is also new in there."

Aaron Hickey took a walk with us after beating Real Betis 1-0 at the Gtech.#BREBET #BrentfordFC 🐝 pic.twitter.com/AkGQSjSg29

Avoiding the ‘second season syndrome‘ that has impacted Sheffield United (2021) and Leeds (2022) will be crucial to avoid being dragged into the dogfight.

The plaudits continue to arrive for Graham Potter, who led Brighton to their highest-ever Premier League finish of ninth in 2021/22.

The Seagulls have shown remarkable improvement under Potter and will be hoping to kick-on once again this season, despite the blow of losing Yves Bissouma to Tottenham.

Moises Caicedo looks a ready-made replacement for the Malian and Brighton will hope further assets are not taken as Manchester City continue to pursue a deal for Marc Cucurella.

As has been the case for several seasons, Brighton continue to be wasteful around goal and the lack of a reliable goalscorer has been their undoing. Neil Maupay and Leandro Trossard top-scored last season with eight each in the Premier League, numbers that need to improve if the Seagulls are to sustain a push for Europe.

Deniz Undav – who scored 26 goals to finish as the leading scorer in Belgium last season – should be given a chance after returning from a prolific loan spell at Union SG.

The £97.5m arrival of Romelu Lukaku proved a disaster, so much so the Belgian has returned to Inter Milan on loan for the forthcoming campaign. Raheem Sterling has arrived and will provide a regular source of goals, but can Chelsea compete at the top end of the division without a recognised centre-forward?

Concerns also remain in defence at the time of writing, following the departures of Antonio Rudiger and Andreas Christensen. Kalidou Koulibaly has signed in a £33m deal from Napoli, but Thiago Silva will turn 38 during the opening weeks of the season and the Blues’ lack of depth could prove costly.

Thomas Tuchel will hope his side can improve without the distraction of last season’s takeover talk, but with rivals elsewhere strengthening significantly Chelsea could find themselves in a fight to secure a top-four finish.

Crystal Palace were heavily fancied for a season of struggle this time last year, following a summer of mass changes at Selhurst Park.

Vieira embraced the change and oversaw a season of huge progress for the Eagles, who never looked in relegation trouble and reached the FA Cup semi-finals. Their success came amid an improved brand of football from an exciting young team, who scored more goals, conceded less, and earned more points than achieved in the previous season.

Conor Gallagher will be missed after returning to Chelsea following an impressive loan spell, but in the likes of Eberechi Eze and Michael Olise the Eagles have talent in abundance.

Summer signings Cheick Doucouré, Chris Richards and Malcolm Ebiowei have added to the exciting core of prospects, while Sam Johnstone will hope to stake his claim for an England place after joining from West Brom.

Last season proved a narrow escape from disaster for Everton, with the Toffees sucked into a relegation battle.

The ill-advised appointment of Rafael Benitez backfired before Frank Lampard was parachuted in and the latter faces a sizeable task to make Everton competitive once again.

The loose purse strings of Farhad Moshiri have been significantly tightened following a woeful record in the transfer market, with the more modest arrivals of the window including the free transfer signing of James Tarkowski and loan capture of Ruben Vinagre.

Dwight McNeil has followed Tarkowski from relegated Burnley to Merseyside, though there are concerns following the sale of Richarlison, whose ten league goals directly contributed to seven points last season.

Should Dominic Calvert-Lewin fail to get over his fitness issues and find form, relegation could again be a real threat for Everton this season. Addressing a propensity to concede from set-pieces and woeful away record will be key to their hopes. No team conceded more set-piece goals (19) last season or won fewer points (10) on the road.

Fulham have not spent consecutive seasons in the same division for five years, with a yo-yo existence for the Cottagers continuing with another promotion in 2021/22.

Marco Silva’s side won the Championship in impressive fashion, breezing through the division with 106 goals scored to be crowned champions. A staggering 43 of those came from Aleksandr Mitrovic, who will be relishing another chance at the Premier League after falling out of favour under Scott Parker during Fulham’s last visit to the division.

Mitrovic is more than capable of scoring the goals to keep Fulham clear of danger and heads into the campaign after a record-breaking season, while Harry Wilson will be the Serbian’s chief supply line.

Fulham will hope to have learned lessons from past disappointments at this level and have made some astute signings. João Palhinha and Manor Solomon will each excite the Fulham fanbase, with the duo having both been linked with bigger clubs in past windows,

Jesse Marsch arrived as his replacement and while failing to truly convince led Leeds to safety, with a final day win at Brentford ensuring the club’s place in the Premier League.

Marsch has faced a huge overhaul of the squad this summer with arguably the club’s two most influential players – Kalvin Phillips and Raphinha – having moved on.

Almost £100m has been spent on an eclectic mix of new signings and how the new arrivals gel will be key to Leeds’ hopes of a successful season. Tyler Adams, Brenden Aaronson and Rasmus Kristensen are all well-versed in Marsch’s methods, while Luis Sinisterra has the potential to replace Raphinha following a brilliant season with Feyenoord.

Too much can often be made about ‘Premier League-proven’ signings, but there is no doubt an element of risk from Marsch when it comes to this summer’s recruitment.