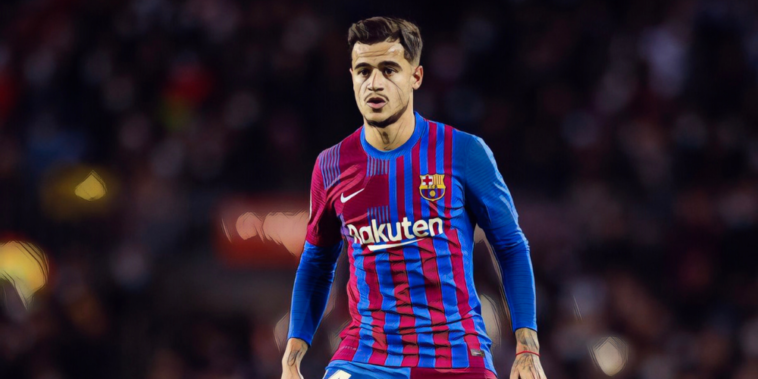 Philippe Coutinho looks set to return to the Premier League this month with six clubs interested in signing the Barcelona midfielder.

Coutinho has struggled to establish himself since signing for Barcelona in a £146m deal from Liverpool in January 2018 and is keen on a return to the Premier League and he looks to secure regular first-team football.

Aston Villa – who are managed by Coutinho’s former Liverpool teammate Steven Gerrard – are interested in signing the Brazil international, but are keen to avoid a bidding war with rival sides and will need to assess the player’s wage demands.

Sky Sports are reporting that Coutinho is attracting interest from as many as six Premier League clubs, whilst there is further interest from sides across Europe.

Coutinho enjoyed an impressive five-season spell in the Premier League with Liverpool, where he scored 54 goals and provided 41 assists in 201 appearances for the Merseyside club.

He has failed to command a regular role since signing for Barcelona, however, and spent the 2019/20 season on loan at Bayern Munich, forming part of the squad that won a Bundesliga, DFB-Pokal and Champions League treble.

He has also won two La Liga titles with Barcelona but has struggled for regular opportunities at both clubs and wants assurances over his playing time as he bids to regain his place in the Brazil side for the 2022 World Cup in Qatar.