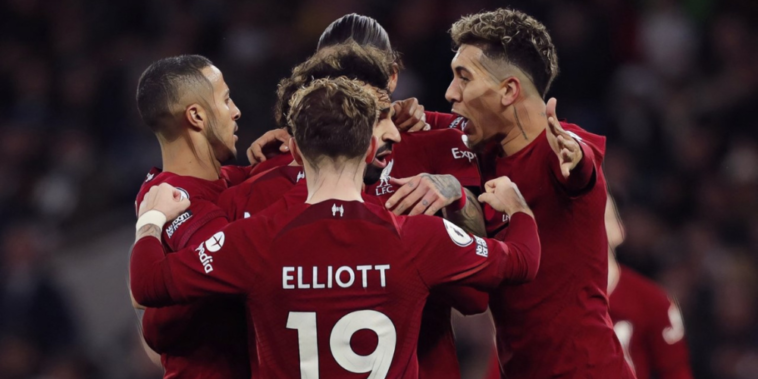 Salah scored twice in clinical fashion during the opening half in north London, with the Egyptian opening the scoring with a sharp touch and snap-shot from Darwin Nunez’s pass.

Salah then capitalised on a gift from Eric Dier to double Liverpool’s advantage, as he latched onto the defender’s misjudged header before lifting a delicate finish over Hugo Lloris.

Spurs improved after the break and halved the deficit through Harry Kane, but were unable to find an equaliser as Liverpool withstood strong pressure in the second period.

The win was Liverpool’s first on the road in the Premier League this season and saw the Red bounce back from consecutive defeats to Nottingham Forest and Leeds.

Klopp expressed his delight after emerging from a ‘massive game’ with three points, as Liverpool ended their recent away struggles to close the gap on the top four.

“The win meant a lot today. I just let out a deep sigh. Massive game for us,” Klopp said to BBC Match of the Day.

“Really really good first half and then a difficult second half. Tottenham takes all the risks when they are losing in the second half.

“It’s a super intensive season. Because it’s a while that we won an away game, we can’t just think that everything will be fine. We know we have to fight. It’s big for us. Two wins in a row, yes in different competitions.

“Southampton is our next league game and that is massive for us. We were really good so yes, let’s carry on.

“I don’t think we have a massive problem away from home. Yes Anfield is a huge plus for us. We won away games just in the Champions League. I’m really happy that we could tick the box of winning an away game in the Premier League.”