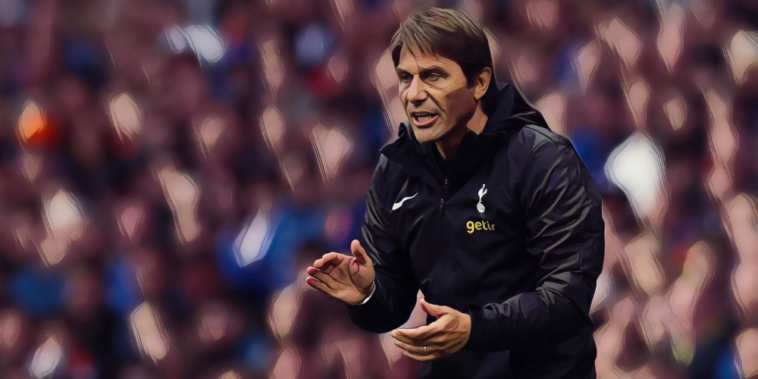 Antonio Conte has outlined his ambitions for the new season and has discussed his desire for a long-term stay at Tottenham.

Conte was appointed as manager of the north Londoners in November and led Spurs to a top four finish and Champions League qualification, galvanising a squad that was eighth in the table upon his arrival.

Spurs have since invested in the summer transfer window with six new additions, including the £50m arrival of Richarlison from Everton and the £25m addition of Brighton midfielder Yves Bissouma.

Speaking ahead of Spurs’ season opener against Southampton, Conte joked about mounting a challenge for the Premier League and Champions League titles.

“[Laughing] Why not Premier League and the Champions League? My target and the club’s target is to improve,” the Italian told his pre-match press conference.

“It’s the process we started seven months ago. If you get a place in the Champions League it doesn’t mean you’ve achieved your target.

“My experience brings me to say we’re going in the right direction. At the same time I know the club needed another step to be competitive with the top teams in Europe. For this reason we have to not be presumptuous or arrogant. We have to work, work, work to improve on the pitch and outside of the pitch to become a top club.”

🗣 “They are in a position that is very difficult for the others to try to close the gap.”

Antonio Conte on closing the gap to Manchester City and Liverpool. 🇮🇹 pic.twitter.com/uQfYgn9Z9N

Conte has been with Spurs for seven months and spoke on the prospect of a long-term reign. He discussed the benefits of longevity in management and believes continuity, in terms of coaches and vision, can aid a club’s pursuit of success.

“I think so [it is the best way to go],” he said. “If you are with the same manager for many years, you bring continuity and you continue ambition. It’s the best situation for the club to improve and to grow season by season. The vision is one, it’s not another vision with another manager.

Conte’s past record is one of short managerial spells, with the 53-year-old’s fiery personality having seen him threaten to leave Spurs after a defeat to Burnley last season.

The Italian insists he will remain committed to the project at Spurs, however, as long as he retains an honest relationship with the board.