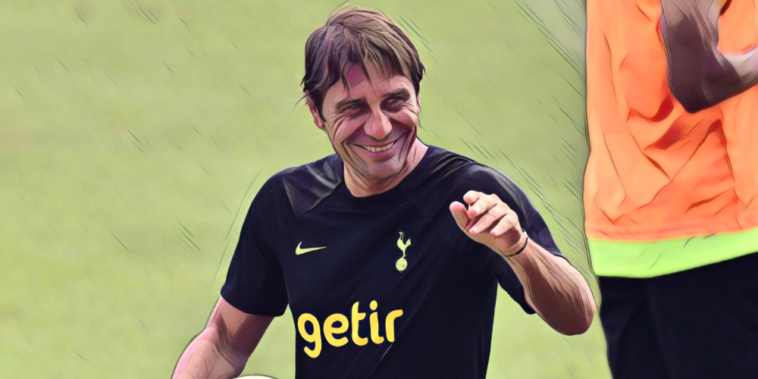 Antonio Conte believes Spurs are ‘going in the right direction’ after making ‘common sense’ transfers in the summer window.

The north Londoners ended the 2021/22 campaign in impressive form to secure Champions League qualification and have since bolstered their squad with six summer additions.

Conte has been backed in the market with the likes of Richarlison and Yves Bissouma arriving from Premier League rivals, while Ivan Perisic, Fraser Forster, Djed Spence and Clement Lenglet will add much-needed depth to the Spurs’ squad.

Speaking at his pre-match press conference ahead of Spurs‘ opening fixture with Southampton, Conte said he was pleased with the club’s recruitment and believes his side are heading in a positive direction.

“We are trying to do things with common sense and I know only this way to try and improve the club,” Conte said.

“It’s not simple because we have to try to not make a mistake especially in the transfer window with the club. I think we are doing good things, with common sense to try and improve the quality and squad.

“I think we are going in the right direction but you need to have a bit of patience, time because if you want to build something to fight for important achievements then you have to work and improve in every moment.”