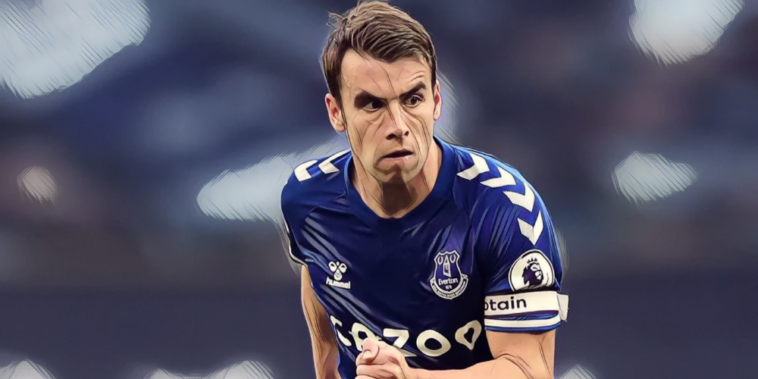 Seamus Coleman has called for ‘belief’ from Everton this evening and insists Manchester City ‘are not invincible’ ahead of the club’s clash with the league leaders.

Everton host Manchester City in the Premier League this evening with the visitors arriving in imperious form, winning each of their past 11 league fixtures and their last 16 across all competitions.

Pep Guardiola’s side have opened up a seven-point advantage over nearest challengers Manchester United and can move further clear this evening, having outlined their status as title favourites with emphatic victories over Liverpool and Tottenham in recent weeks.

Everton head into the clash looking to bounce back from a disappointing defeat to Fulham last weekend, the surprise loss to the struggling Cottagers a setback in the club’s hopes of securing European football this season.

Coleman has now called on the Toffees to respond ahead of the meeting with the in-form league leaders this evening, insisting City are ‘not invincible’ and outlining his belief that Everton can secure a positive result.

“Sunday night was frustrating and I can assure you that the dressing room was not a pleasant place to be after the final whistle. We knew we had let ourselves down and there is a determination to put that right,” Coleman writes in his programme notes for Wednesday’s game.

“We’re under no illusions as to the size of the task [against Manchester City] but there’s nowhere to hide in this league.

“You just have to face up to the challenges ahead of you and give it everything you’ve got. We’ve got something to prove, so why not do so against the best team in the Premier League?

“Any football fan will enjoy watching Manchester City. They move the ball so well and so quickly and they are where they deserve to be – top of the table. But they are not invincible and we have to show the belief we can get a result.”

Read Also – Tino and the Safecracker; The story of how Darlington almost signed Faustino Asprilla