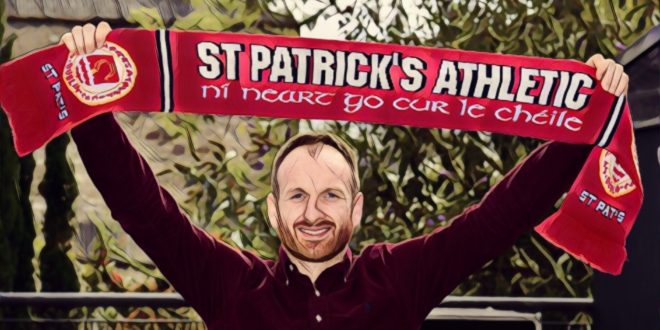 Why are clubs choosing youth over experience for managerial roles? – LOI Column

This week’s League of Ireland column touches on the trend of young, first-time managers getting jobs over experienced heads, Shamrock Rovers ending the Bohemians hoodoo, and the First Division playoff picture.

This week saw the surprise instalment of Stephen O’Donnell getting the St Patrick’s Athletic job, taking over from the recently sacked Harry Kenny. It was a surprise to many as the former Dundalk midfielder is 33-years-old and has never managed a team before, having only retired from playing at the end of last season.

The Inchicore outfit have done a classic bit football of decision-making you see all the time in Britain, which is replace the last person you had in charge with someone completely different. Their last two managers have been experienced heads with a long history of coaching in the league, whereas O’Donnell is only starting out on his journey.

This writer saw one cynical tweeter remark that Pat’s were too big of a club to be giving someone their apprenticeship in the role, but that comes across a bit harsh. This is undoubtedly a gamble by the club, but they banked on experience both in the dugout and on the pitch with their recruitment in the off-season and it hasn’t quite paid off.

By all accounts O’Donnell has been doing a stellar job as the Lilywhites’ chief opposition analyst and scout, which has seen him travel all over Europe to watch the club’s upcoming opposition in the Champions League and Europa League. But that still doesn’t equate to coaching a senior squad, plus he only has his Uefa ‘A’ licence at present and not the Pro licence required by the league. The Mirror have reported that they will be softening the rules on that in the near future, after a few clubs have found loopholes around it, but that doesn’t say much for keeping standards.

Earlier this week Paul Doolin was on the LOI Weekly podcast to talk about his background in management and why he has been out of work for so long. The Dubliner’s six-year reign as the Republic of Ireland’s u19’s manager ended in 2016, but he has been out of the game ever since. Despite achieving FAI Cup success with an unfancied Drogheda United side in 2005, he has not worked in the league since 2009, when he resigned as Cork City manager.

Although Doolin admitted he had only applied for two jobs in the last three years, he pointed out how he had been snubbed for the Galway United job in 2017. The club were looking for an experienced manager with a track record of success, and he thought he might fit the bill. Instead, they plumped for Shane Keegan, a relatively young manager whose Wexford Youths team had just been relegated from the Premier Division.

The order of the day is almost exclusively young managers. Stephen Bradley walked into the Shamrock Rovers job three years ago, his first gig in management. The same goes for Vinny Perth and Dundalk earlier this year. Meanwhile, Neale Fenn recently took over Cork City in only his third year of senior management. These are some of, if not the, biggest jobs in domestic football in this country.

There are plenty of experienced managers out there without jobs in football whose talents are going to waste. Cabinteely FC have taken advantage of it by hiring Eddie Gormley and Pat Devlin to important roles within the club, who are in the midst of a fantastic season. It would be foolish not to lean on that expertise and knowledge. For how many years now have we all been saying what a waste it is not to have Brian Kerr deeply involved at some level of the sport here?

We don’t know the precise reasoning behind hiring Stephen O’Donnell. Were Pat’s specifically looking for a young or first-time manager? Or — after a season of truly turgid football under Harry Kenny — were they impressed by what he brought to the table in terms of outlook and tactical approach? The answer to that is instructive, but we might never find out.

Ultimately it is a good thing that young managers are getting a chance, as it can be difficult to get that first opportunity in a saturated market. Sometimes it’s for the right reasons, but sometimes clubs are just looking for the shiny new toy, to get the next big thing. There are other reasons too; younger managers can be easier to work with, less demanding, bring less baggage, and are, often, cheaper.

One Rovers hoodoo down, one to go

Shamrock Rovers season will not be defined by one fixture, but if you’re only going to win one match all season, you might as well make it the Dublin Derby.

The Hoops had not beaten cross-city rivals Bohemians since 2017, losing seven of their last eight meetings, but a goal from Graham Burke, on loan from Championship side Preston North End, finally put that hoodoo to an end at Tallaght Stadium.

Shamrock Rovers lead after a fine header from Graham Burke.

Next on the agenda is ending another hoodoo, that of the FAI Cup. Despite winning the competition a record 24 times, they have not lifted the trophy since 1987. For Rovers fans it’s been a long 32 years since that 3-0 triumph over Dundalk, and for many taking home the cup is a bigger priority than the league.

The draw has been kind so far, offering up struggling Finn Harps and Drogheda United, while they will be facing Galway United, who have been meandering in the First Division, when the quarter-finals get underway this coming Friday. Of all the teams left, you could only point to Dundalk and Bohs as teams they would have to fear, with Sligo Rovers, UCD, Waterford and Leinster Senior League outfit Crumlin United making up the rest of the last eight.

Considering how well Rovers played in Europe compared to Dundalk’s relatively more placid performances, if the Dublin club won the cup and Dundalk retained the league, which side would be happier with how their season went?

We are now down to the last two games of the First Division regular season, and the promotion picture could very well be sewn up this week.

Shelbourne’s draw at home to Bray Wanderers means they will have to wait a little longer before they can claim the title, while the Seagulls are now looking for favours elsewhere to reach the playoffs.

They remain four points off fourth-placed Cabinteely and their chances look slim. Cabo face strugglers Athlone Town and Wexford, while Bray have to face Drogheda and Longford Town, two of the best sides in the second tier.

Assuming there are no shocks in the final fortnight, the top of the table should end up looking like this:

Shels would go up automatically as champions, while the other three will go into the playoffs where they will be joined by either UCD or Finn Harps, although the latter is looking most likely to avoid automatic relegation.

Read: The greatest ever League of Ireland exports to the Premier League