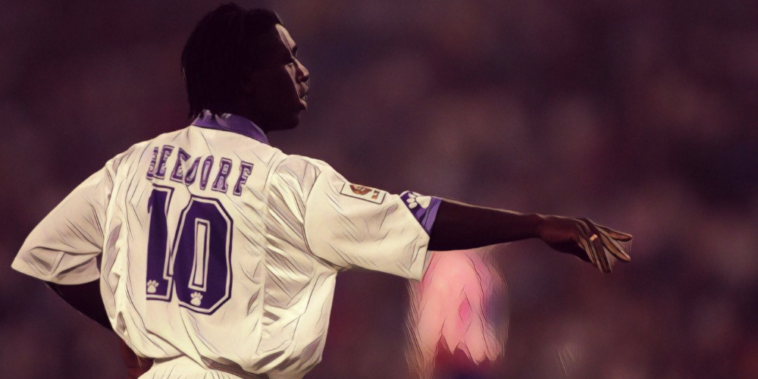 Clarence Seedorf’s career had no shortage of incredible games and moments, but the midfielder’s stunning strike against Atletico Madrid must rank pretty highly.

Producing a moment of magic in a derby fixture can catapult a player to legendary status, a defining intervention against fierce rivals often leaving a lasting impression on the fanbase.

Seedorf had formed part of an exciting Ajax side that won the Champions League in the mid-nineties before moving to Real Madrid, via a single season at Sampdoria, becoming an ever-present for the Spanish giants and winning a second European crown during his time at the Bernabeu.

The Dutch international scored 20 goals across three-and-a-half seasons with Los Blancos, but none more notable than this rocket against rivals Atletico on the opening day of the 1997/98 season.

Real were trailing to an early Juninho effort when Seedorf lined one up from range, a distance from which his teammates must surely have been questioning the wisdom in letting fly.

The results were spectacular however, as Seedorf spotted goalkeeper José Francisco Molina off his line before unleashing an incredible effort of power and precision, arrowing into the top corner from just a matter of yards inside the Atletico half.

Here is Clarence Seedorf’s spectacular goal against Atletico Madrid in 1997.