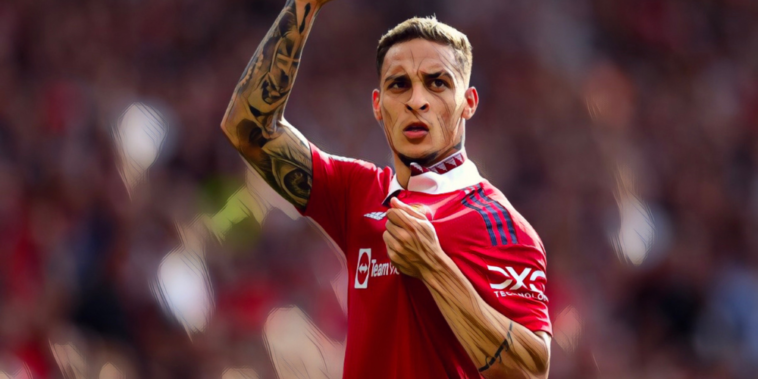 United secured a deal to sign Antony from Ajax on deadline day last week, with the Red Devils spending £86m to bring the exciting winger to the Premier League.

Despite a long period of negotiations the move did not materialise until the final day of the transfer window and Antony made a goalscoring debut for United in Sunday’s 3-1 win over Arsenal at Old Trafford.

Hamstra has now opened up on the deal and admitted his frustration with the Premier League side’s late approach, which added further disruption to a summer which has seen Ajax lose both manager Erik ten Hag and a wealth of key players.

Hamstra also admitted Ajax had been keen to keep the core of their side together, but said that huge offers from European clubs eventually led to a number of sales.

“Manchester United’s timing was so bad. The last few days [of the window] became even more hectic after Ajax had already gone through a major rebuild of the squad following the departure of lots of top-class players,” he told De Telegraaf.

“It was so difficult to leave our manager with such a void. We all think we lost too many first-team players who always start. We had a summer with totally different expectations.

“We wanted to keep the group together as much as possible to be able to perform well in the Champions League and to carry on being successful.

“That’s what we talked about with Alfred. Of course we knew there were a few snags. But no one had foreseen that our players would be bought for such huge sums of money.”

The Ajax chief sympathised with manager Alfred Schreuder over Antony’s late exit and said that the Eredivisie champions had wanted to keep the Brazil international at the club.

“I understand Schreuder’s anger, very much so,” Hamstra added. “I have been a manager myself, so I know how annoying it is when your best player leaves at the very last minute.

“We did not want this, we wanted to keep Antony.”