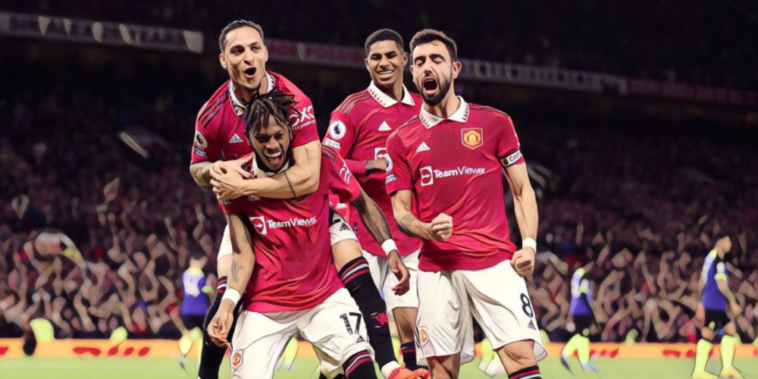 Chelsea and Manchester United meet in the Premier League this weekend, in a tough examination for the new managers in charge of both clubs.

Just a point separates the sides in the race for Champions League football. Here is all you need to know about Saturday’s showdown at Stamford Bridge.

So far, so good for Graham Potter at Chelsea, with the west Londoners unbeaten in seven games across all competitions since his arrival from Brighton.

Five of those fixtures have ended in wins, though a goalless draw at Brentford in midweek brought an end to the club’s winning run. Potter will have been pleased with the defensive record of his team, who secured a fifth consecutive clean sheet against the Bees.

All types of stops! 🤝#BreChe pic.twitter.com/oZPTK7KeEY

That record can be a foundation to build upon as the Blues pursue Champions League football, ahead of a huge clash with a direct top four rival this weekend. Kepa Arrizabalaga’s return to form and favour has been a welcome boost for Chelsea and the Spaniard has been excellent in recent fixtures with Aston Villa and Brentford.

Chelsea will need to address a woeful recent record against United, having won just one of the past 11 meetings. Six of those, including the past four, have ended in draws.

Manchester United will travel to Chelsea buoyed by their best performance under Erik ten Hag, as the Red Devils secured a convincing and comfortable win over Tottenham in midweek.

Goals from Fred and Bruno Fernandes earned the win, with the latter particularly impressive in an encouraging performance from the stand-in captain. United pressed aggressively and created several chances, with only an impressive display from Hugo Lloris keeping the scoreline down.

Three clean sheets in a row.

From front to back, a collective effort 👊#MUFC pic.twitter.com/d0y63pLQLQ

Ten Hag’s team have now beaten Arsenal, Liverpool and Spurs already this season, though each of those wins have come at Old Trafford. A win on the road against a top-four rival would be further evidence that Ten Hag’s tactics are beginning to improve this side.

Casemiro was brilliant in the win over Spurs in his best performance to date, while Fred shone alongside his compatriot in midfield. However, Christian Eriksen – who was introduced as a substitute against Spurs after illness – could come back in for the latter at Chelsea.

Cristiano Ronaldo will miss the clash after being disciplined for walking down the tunnel before full time in the Spurs clash.

Cristiano Ronaldo’s goal rescued Manchester United a point at Old Trafford in April, as the Red Devils weathered an early storm from Chelsea to earn a result.

Chelsea dominated the opening exchanges but failed to find a way past David de Gea, who made a string of saves to keep his side in the contest. Marcos Alonso’s volley eventually found a breakthrough for Chelsea, but Ronaldo levelled just two minutes later with his 17th league goal of the campaign.

Reece Jame struck the outside of the post, but neither side were able to find a winner as the points were shared for a fourth consecutive Premier League meeting.

What channel is Chelsea v Man United on?