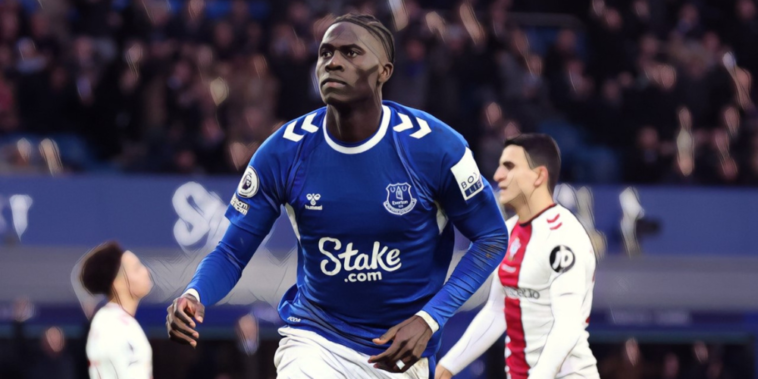 Chelsea are keen on a deal to sign Amadou Onana from Everton and are also considering reigniting their interest in Anthony Gordon.

Graham Potter wants to bring in a midfielder before the transfer deadline with Chelsea having been linked with a host of options. Onana is the latest name to emerge on the club’s radar and the Blues have enquired into the availability of the Belgian, who joined Everton in a £33m deal from Lille last summer.

The 21-year-old has made 18 league appearances this season and the Daily Mail are reporting that Chelsea are prepared to offer Everton an instant profit on the midfielder, who has also attracted interest from Arsenal and Newcastle.

He would add presence to a Chelsea midfield in need of a refresh and Everton could be open to his sale should a sizeable bid arrive, with the club desperate to bring in funds for a new manager following Frank Lampard’s dismissal on Monday.

Anthony Gordon is another name who could leave Everton this month and Chelsea are considering reigniting their interest in the 21-year-old. The Blues saw an approach for the winger turned down last summer and could return with a renewed bid.

Newcastle are also keen on Gordon, who has scored four goals in nine appearances for England at u21 level. The academy graduate is valued at around £60m at Goodison Park.

Chelsea have spent more than £420m on transfers since last summer but remain in pursuit of further additions this month. Talks are ongoing for Lyon right-back Malo Gusto, while the club saw a £55m offer turned down for Brighton’s Moises Caicedo last week.