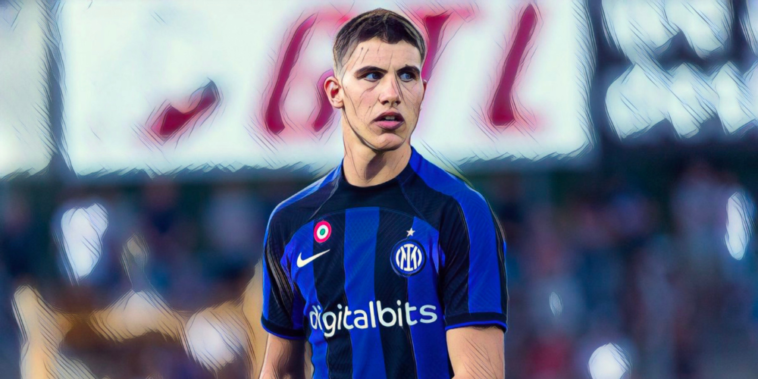 Chelsea are closing in on the signing of Cesare Casadei, with the west Londoners having agreed personal terms with the Inter Milan midfielder.

Thomas Tuchel is close to making Casadei his sixth summer signing with the Blues close to beating competition from Nice and Sassuolo to land the highly-rated teenager.

Casadei has not yet made his senior debut for Inter Milan but has impressed for club and country at youth level, with Chelsea having extensively scouted the midfielder as the club look to sign prospects for the future.

Cesare Casadei has agreed personal terms with Chelsea on six year deal. Decision made, he’s not joining Nice or Sassuolo as Chelsea are closing on deal to sign Inter’s 2003 born talent 🔵🇮🇹 #CFC

Next official bid will be the right one to complete the deal for €15m plus add-ons.

Fabrizio Romano is reporting that Casadei has agreed terms on a six-year deal at Stamford Bridge, with Inter Milan set to accept an improved bid of €15m plus add-ons for the 19-year-old.

Casadei is expected to join the club’s academy side to continue his development. Chelsea will hope he can progress to senior level and prove a long-term solution in midfield, with both N’Golo Kante and Jorginho into their thirties and having entered the final 12 months of their respective deals.

The midfielder will become the third teenage signing at Chelsea this summer, following the arrivals of Gabriel Slonina (18) from Chicago Fire and Aston Villa midfielder Carney Chukwuemeka (18). Chelsea are focusing on emerging talent and are considering improving their offers for Leicester defender Wesley Fofana and Everton winger Anthony Gordon, both 21.

The west London club also hold an interest in signing Palmeiras’ prospect Endrick, though face competition from a number of Europe’s elite for the highly-rated Brazilian.