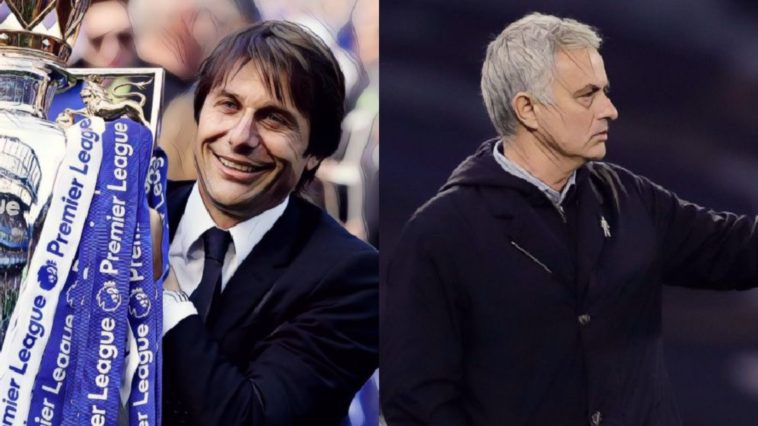 For the 11th time in the Roman Abramovich era, a permanent manager has been sacked after failing to meet the standards of the Chelsea owner.

Frank Lampard received his marching orders on Monday morning following a run of just two wins in eight Premier League matches and has been promptly replaced by Thomas Tuchel.

One of the talking points that always emerges when a Chelsea manager is relieved of his duties is the bumper payout they receive, such is the regularity with which it happens. It’s rare enough for a manager to get halfway through his contract at the club, let alone finish it, hence why the payouts are so eye watering.

The total amount that Chelsea have paid out to fired managers? A whopping £110.5 million.

The cost of managerial changes at Chelsea of £110m work out at about £1 of every £7 they have lost since the Premeir League was formed in 1992. Chelsea are the biggest loss makers in Premier League history. pic.twitter.com/CQucp2ONVR

We are as yet unaware of what Lampard’s compensation package will cost the club, although it is unlikely to be nearly as costly as previous sackings. The former midfielder was paid substantially less than many of his predecessors and only had 18 months left on his current deal.

The only permanent manager not to receive any form of pay-off from the club in the past 18 years is Maurizio Sarri, who left his position to sit in the dugout at Juventus.

When Chelsea won the Champions League and FA Cup double in 2012, it was surely one of the greatest feats ever completed by a caretaker manager.

Roberto Di Matteo was put in temporary charge after the disaster that was André Villas-Boas’ short reign at the club, and ended up leading them to their greatest ever night when they defeated Bayern Munich in the final. It’s worth remembering that the Italian had been sacked by West Brom prior to joining the Blues as a coach.

But there was no chance of not giving the former Chelsea player the job on a permanent basis after that. As has been shown quite frequently in recent times, it’s rarely a good idea to give a club’s past hero the reins after a good spell as a caretaker, and he was sacked just four months into the new season.

It’s believed the two parties never agreed on a compensation package, so he was paid his £130,000 weekly wages until his contract ran out.

Chelsea's last 5 trophy-winning managers stayed an average of 101 days after the win:

The man who preceded Di Matteo in the job, André Villas-Boas arrived at the club off the back of winning the Uefa Europa League with Porto. He was following a similar path to his mentor Jose Mourinho, but he evidently was not ready for the step up to the Premier League at that point.

The Portuguese tactician left Frank Lampard, Michael Essien and Ashley Cole out of the starting XI for their 3-1 defeat in the first-leg of the Uefa Champions League round of 16, which turned out to be his last match in charge.

Villas-Boas received a payoff of around £12m, but the total cost of his tenure was far greater. Chelsea had paid his previous club £15m, a world record fee for a manager, to buy out his contract.

Six years after winning the Fifa Men’s World Cup with Brazil, Luiz Felipe Scolari arrived in the Premier League for the first time in his career. It turned out to be a short-lived spell, as the Brazilian was sacked in February 2009 following a scoreless draw with Hull City and just three wins in nine league games.

It was cited that communication issues were behind the firing, as Scolari could not speak fluent English. ‘Big Phil’ denied this, and instead blamed Nicolas Anelka for losing his job, claiming that the Frenchman refused to change position to make way for Didier Drogba, who was returning from injury at the time.

After winning back-to-back Premier League titles in his first two seasons at Chelsea, José Mourinho was considered a god to supporters in SW6. But to Roman Abramovich, he was merely doing as he should with all of the exceptional talent that his money had paid for.

Tensions between the manager and the owner had been building since before the 2006/07 season, which saw Mourinho fail to win a league title for the first time in six years. The signing of Andriy Shevchenko and the appointment of Avram Grant as director of football proved to be particular bones of contention.

Following an unimpressive start to the 2007/08 campaign, Mourinho made a surprise exit from the club “by mutual consent”, although it was likely anything but. He left west London having never lost a game at Stamford Bridge and with a hefty sum to be shared among him and his backroom staff.

The second time Mourinho was relieved of his duties in 2015 he and his team received a substantially smaller, yet not insignificant, sum of £8.3m. It’s entirely possible that between his Spurs salary, his many commercial deals, and the payoffs he has received over the years, that Mourinho is the most well-paid football manager of all time.

When Antonio Conte led Chelsea to the Premier League title in his first season, he had a major impact not just on his club but on the division as a whole. His move to a back three was so successful that it soon became in vogue, which is a pretty big deal when you consider how resolutely committed to the back four managers in the English top-flight had been for so long.

The Italian was handed a new two-year contract following that success, but the following campaign was underwhelming. A FA Cup win ensured Conte picked up a trophy in each season he was at the club, but a fifth place finish in the league was never going to be enough to keep him employed.

A legal battle ensued between Conte and Chelsea, who claimed that the former Juventus manager had breached his contract. When Conte won the case he and his backroom team were awarded a stunning £26.6m, with the man himself getting a reported £9m alone. Not bad money if you can get it.

Read: Frank Lampard has learned that not everything in life is meant to come so easily