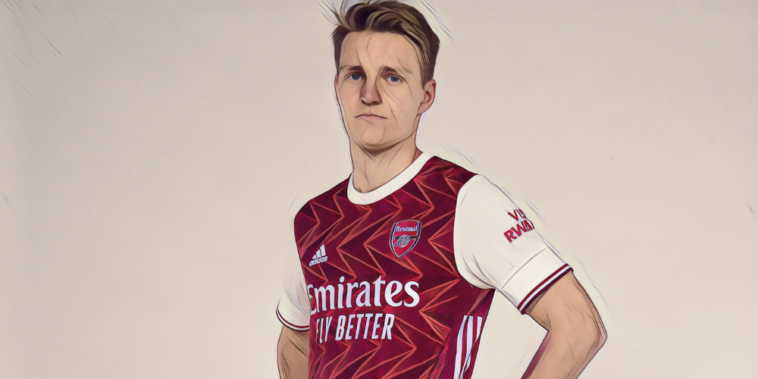 Mikel Arteta says that Martin Odegaard will offer extra ‘quality’ in attack after Arsenal announced the signing of the midfielder on loan from Real Madrid.

Arsenal have secured the signing of the Norway international on a loan deal until the end of the season, the midfielder having expressed a desire to leave Real Madrid this month after struggling for first-team opportunities at the Bernabeu.

Odegaard rose to prominence after signing for the Spanish giants as a 16-year-old following interest from a number of leading clubs, and has since enjoyed loan spells at Heerenveen, Vitesse and Real Sociedad.

The 22-year-old impressed during his stint at Sociedad last season and scored seven goals in addition to providing nine assists across all competitions, with Arsenal hopeful the star can add to their creative options.

Arteta has been discussing the qualities Odegaard can provide his side after confirming the deal, believing the new arrival can provide the Gunners with an injection of ‘quality’ in attacking areas.

“It’s great that we’ve secured Martin to come to us until the end of the season,” Arteta told arsenal.com.

”Martin is of course a player that we all know very well and although he is still young, he has been playing at the top level for a while.

“Martin will provide us with quality offensive options and we’re all excited to be integrating him into our plans between now and May.”

Odegaard has been capped on 25 occasions by Norway and will wear the number 11 shirt at Arsenal, with the playmaker in contention to make his debut in this weekend’s clash against Manchester United at the Emirates.