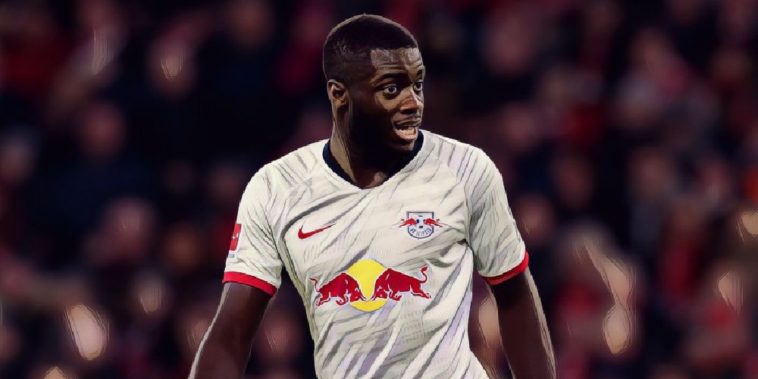 Chelsea are set to join the race to sign Dayot Upamecano from RB Leipzig following the appointment of Thomas Tuchel as the club’s new head coach.

Tuchel was confirmed as the new head coach of the west London side on Tuesday following the decision to sack Frank Lampard this week, the former Paris Saint-Germain manager signing an 18-month contract at Stamford Bridge.

The German arrives with Chelsea currently ninth in the Premier League and will be tasked with reviving the club’s faltering fortunes, the Blues six points adrift of the Champions League places ahead of Tuchel’s first game in charge against Wolves this evening.

According to Sport Bild, whilst Tuchel’s immediate focus will be on turning around Chelsea’s concerning form the new coach has already identified potential transfer targets with Upamecano on his radar.

The France international has been linked with a host of Europe’s leading clubs and is expected to leave Leipzig during the summer, with the 22-year-old possessing a release clause of €43m that will become active at the end of the campaign.

Bayern Munich have been strongly linked with the centre-back and remain favourites, whilst Manchester United and Liverpool have also been credited with an interest as they assess their defensive options this summer.

Chelsea are now prepared to join that race after Tuchel previously targeted the defender whilst at PSG, whose French contingent of players are understood to have left an impression on Upamecano after speaking positively about the manager’s methods.

Tuchel’s ability to speak fluent French adds to the appeal of a move to Chelsea, whilst the presence of former Leipzig star Timo Werner at Stamford Bridge is another factor which could help any potential adaptation.

The west Londoners also enjoy a strong working relationship with Leipzig following the transfer dealings between the two sides in recent seasons, having loaned Ethan Ampadu to the Bundesliga side before securing the signing of Werner from the Red Bull Arena last summer.